The Affordable Care Act vastly expanded access to addiction treatment by designating those services as “essential benefits.” That means they had to be covered through both an expansion of Medicaid to far more low-income adults and the marketplaces set up under the law for people to buy private plans. Both the House and Senate health bills would effectively end the expansion and cap federal Medicaid spending, resulting in the loss of coverage for millions of people, according to the Congressional Budget Office.

According to the National Household Survey on Drug Use and Health, there were roughly 1.35 million low-income Americans in 2015 with an opioid use disorder. Only 25 percent of those people get treated in a year, although the Affordable Care Act’s expansion of health insurance coverage has provided more resources for closing the treatment gap.

Richard G. Frank, a health economics professor at Harvard Medical School, has estimated that last year, people who enrolled in expanded Medicaid incurred about $4.5 billion in costs for mental health and addiction treatment. But in an updated analysis this month, Mr. Frank, who worked for the Obama administration during the rollout of the Affordable Care Act, calculated it would cost $14 billion in the first year and more than $183 billion over a decade to treat addiction and related illnesses in low-income people who would lose coverage under the Republican plan.

“Medicaid spending contracts and expands based on need as well as new treatment options,” Mr. Frank wrote in his analysis. “That means that funding is there for people and states when they need it the most. For example, the opioid epidemic will likely continue to morph and require different interventions of care should new synthetic drugs cause different health problems.”

Public health experts are concerned that grants aimed at treatment and recovery would not address a multitude of other physical health problems associated with addiction. One glaring example is hepatitis C, a blood-borne virus endemic among people who use needles to inject illicit drugs. Treatment is extremely expensive, but Medicaid has expanded access to it in many states. Many addicts also suffer from diabetes and other chronic conditions, or get endocarditis, a serious heart infection connected to intravenous drug use. 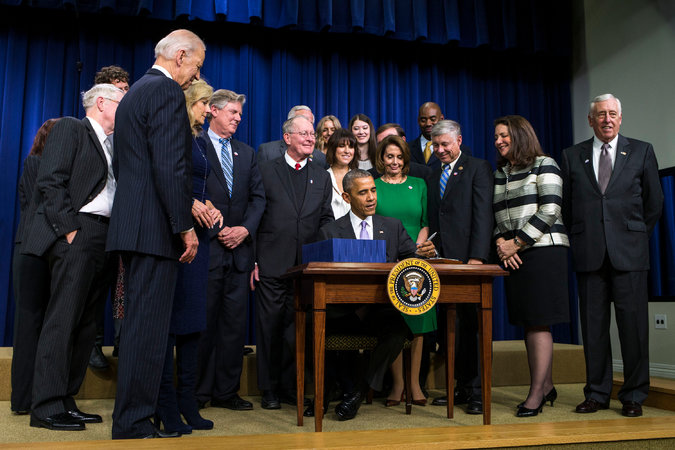 President Obama signed the 21st Century Cures Act into law in December. The bipartisan legislation provided $1 billion in treatment funds to be divided among all 50 states over the next two years, an amount criticized by experts.

“As far as the absolute dollars go it’s woefully, woefully short,” said Gary Mendell, the founder and chief executive of Shatterproof, an anti-addiction advocacy group. “What you need is funding flowing into the health care system, so that patients are treated by primary care doctors, by behavioral therapists, get medication-assisted treatment.”

The current version of the Senate bill provides only $2 billion “to support substance use disorder treatment and recovery support services for individuals with mental or substance use disorders,” and only in the 2018 fiscal year. Adding more money for addiction treatment is aimed at winning crucial votes from a handful of moderate Republicans whose states have been particularly hard hit by the opioid crisis. Foremost among them are the Republican Senators Rob Portman of Ohio and Shelley Moore Capito of West Virginia, whose states have some of the nation’s highest overdose death rates.

But Ms. Capito and Mr. Portman, who have also expressed concern about the bill’s substantial reductions in overall Medicaid funding, have suggested they would not be swayed by the promise of extra opioid money alone.

Senator Maggie Hassan, a Democrat of New Hampshire, another opioid-ravaged state, dismissed $45 billion as “a drop in the bucket that would not come close to making up for the damage” that would be inflicted by the broader cuts to federal Medicaid spending in the bill, which the Congressional Budget Office estimated would amount to $772 billion by 2026.

Bertha K. Madras, a Harvard Medical School professor whom President Trump appointed to his new commission on the opioid crisis, said it was difficult to calculate how much would be needed to combat the epidemic. But she laid out a number of spending priorities that go beyond just treatment, including prevention efforts, support for children and families of the addicted and better analytics to figure out what is working and what is not. Like other experts, she emphasized the importance of combining addiction treatment with broader medical care.

In the short term, the grants suggested in the Senate plan would be most helpful in the 19 states that opted not to expand Medicaid under the Affordable Care Act. In those states, many poor people addicted to opioids still have little or no access to treatment. Additional federal grants for treatment would be better than nothing at all. In the 31 states that expanded Medicaid, the extra federal funding that paid for almost all of it would not begin phasing out until 2021.

The grant money would also provide a significant lift to the 21st Century Cures Act, which was enacted with bipartisan support last year and signed by President Obama. That law is dividing $1 billion in treatment funds to all 50 states over the next two years, but experts say it is far short of what’s needed. Ohio alone spent nearly $1 billion on addressing the opioid epidemic last year.

In a new study released on Wednesday, the Urban Institute found that Medicaid spending on several medications that treat opioid addiction and overdoses soared to nearly $1 billion last year. Treatment costs grew by 136 percent from 2011 to 2016, to $929.9 million from $394.2 million, with most of the growth taking place after states began expanding Medicaid in 2014, the study found.

The authors noted, however, that “the current levels of treatment are not meeting demand, even in Medicaid expansion states.” Some addiction treatment experts and advocates say the Medicaid expansion has only just begun increasing access to treatment by providing a steady funding stream to providers who might otherwise not move into the field.

“One of biggest reasons for the gap in treatment is there aren’t enough trained doctors to deliver the medicine, trained therapists to deliver the therapy,” said Mr. Mendell, who was invited to testify at the first meeting of President Trump’s commission on the opioid crisis this month. “Who’s going to enter the work force knowing the funding is going to run out in 10 years?”