Yes, it’s August, in all its fire and fetor, and maybe you’d rather be at the beach. But new productions opening in New York this month offer consolation and stimulation (and essential air-conditioning) to those staying in the city. They include sharp-minded considerations of matters political, from Suzan-Lori Parks and the multifarious Michael Moore; an anthology of Broadway musical hits from a master of the genre, Harold Prince; and New York premieres from the empathetic Simon Stephens and the caustic Bruce Norris. 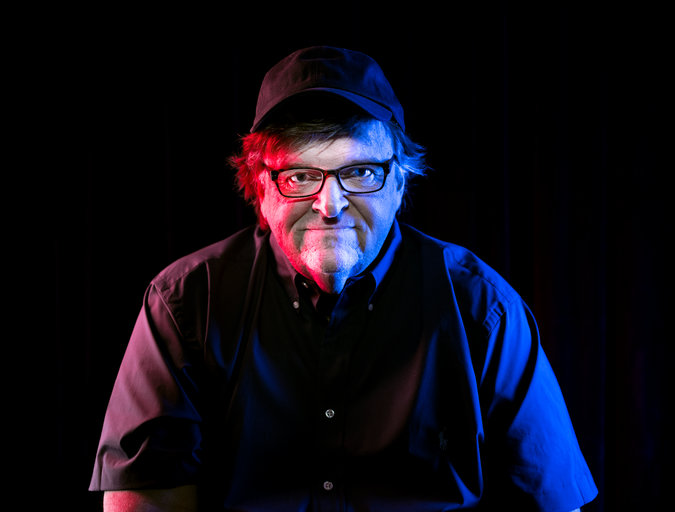 THE TERMS OF MY SURRENDER Michael Moore, who predicted the victory of our incumbent president, makes his Broadway debut to assess the consequences of that prophecy fulfilled in these not-so-United States. This polymathic documentary filmmaker (“Fahrenheit 9/11,” “Sicko”) and author (“Dude, Where’s My Country?”) is turning the Belasco Theater into a one-man bully pulpit for his distinctive gospel of All-American dissent. This being New York City, he may be mostly preaching to the choir. But Mr. Moore tends to tripwire his own sermons in ways guaranteed to provoke thought, laughter and red-blooded rage. Michael Mayer (“Spring Awakening,” “Hedwig and the Angry Inch”) directs.

PRINCE OF BROADWAY A colossus of the musical theater since the 1950s, Harold Prince returns to the Times Square neighborhood, where his name is a byword for both innovation and razzle-dazzle. This animated scrapbook of a Tony Award-laden career features numbers from the Olympian classics on which Mr. Prince served as a producer or director: “West Side Story,” “Fiddler on the Roof,” “Cabaret,” “Follies” and “Sweeney Todd,” for starters. As might be expected, Mr. Prince has assembled a caviar team for this Manhattan Theater Club production, including the choreographer Susan Stroman, who co-directed with Mr. Prince, and, as musical supervisor and arranger, the composer Jason Robert Brown.

A PARALLELOGRAM Who knows what evil — and festering discontent and bad faith — lurks in the hearts of men and women? Bruce Norris does. He’s the corrosive dramatist who has regularly peered (and poked) under the rocks of American hypocrisy with plays like “The Pain and the Itch” and the Pulitzer Prize-winning “Clybourne Park,” which riffed — without hope but with great wit and inventiveness — on the watershed Lorraine Hansberry play, “A Raisin in the Sun.” His “A Parallelogram,” directed by Michael Greif (“Dear Evan Hansen”) for Second Stage, follows one woman’s dialogue between her present and future selves. A bright tomorrow is unlikely to be in the forecast. The cast includes Celia Keenan-Bolger, Anita Gillette and Stephen Kunken.