Home Lifestyle Art A New Play by Lynn Nottage, and More, Coming Soon to the...

Other playwrights presenting new works next season include Public Theater regulars like Richard Nelson (“The Apple Family Plays” and “The Gabriels: Election Year in the Life of One Family”), who plans to write “Illyria” (Oct. 22 through Nov. 26), based on the early history of the Public’s Shakespeare in the Park and its founder, Joe Papp.

Sarah Burgess (“Dry Powder”) will reunite with the director Thomas Kail (“Hamilton”) for the premiere of “Kings,” a satire about money and politics that is scheduled to run Jan. 30 through March 25. And Elevator Repair Service, the daring troupe behind “Gatz” and “The Sound and the Fury” at the Public, will also return, in September, for its staging of Shakespeare’s “Measure for Measure.”

Additional premieres include “The Low Road” (Feb. 13 through April 1), a new play by Bruce Norris, a Pulitzer and Tony winner for “Clybourne Park.” The large-scale work — which calls for 16 actors performing 50 roles — is set in the 18th century and depicts the early days of the American economy. It will be directed by Michael Greif, who has two shows on Broadway: “Dear Evan Hansen” and “War Paint.” 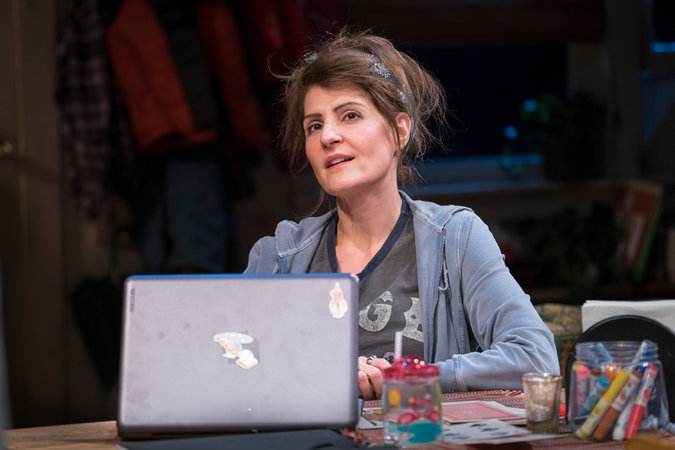 Nia Vardalos in “Tiny Beautiful Things,” which is returning for an encore run at the Public next season.

“Tiny Beautiful Things,” a play based on Cheryl Strayed’s book of the same title, will return to the Public in September after a sold-out, critically lauded run last season. Ben Brantley, in his New York Times review, called it a “handkerchief-soaking meditation on pain, loss, hope and forgiveness.” Nia Vardalos, who adapted the book for the stage, will reprise her role as Sugar; Mr. Kail will once again direct.

After the current season at the Public was scant on female playwrights — Ms. Nottage and Ms. Vardalos were virtually the only ones with premieres — the theater will present more works by women next season, including “Office Hour,” by Julia Cho (“Aubergine”), and “Fire in Dreamland,” by Rinne Groff (“Compulsion”).

Among the highlights at Joe’s Pub, the Public’s concert venue, is Judy Collins’s “A Love Letter to Stephen Sondheim,” a cabaret with personal stories and performances of songs including the hit she recorded in the 1970s, “Send in the Clowns.” And as part of the New York Voices program, Daniel Alexander Jones will return to Joe’s Pub with “Black Light,” which ran there in January during the Under the Radar Festival.

The complete season lineup will be available at publictheater.org.