Home Lifestyle Health & Fitness A New Way for Therapists to Get Inside Heads: Virtual Reality

The service is also designed to provide treatment in other ways, like taking patients to the top of a virtual skyscraper so they can face a fear of heights or to a virtual bar so they can address an alcohol addiction.

Backed by the venture capital firm Sequoia Capital, Limbix is less than a year old. The creators of its new service, including its chief executive and co-founder, Benjamin Lewis, worked in the seminal virtual reality efforts at Google and Facebook.

The hardware and software they are working with is still very young, but Limbix builds on more than two decades of research and clinical trials involving virtual reality and exposure therapy. At a time when much-hyped headsets like the Daydream and Facebook’s Oculus are still struggling to find a wide audience in the world of gaming — let alone other markets — psychology is an area where technology and medical experts believe this technology can be a benefit.

As far back as the mid-1990s, clinical trials showed that this kind of technology could help treat phobias and other conditions, like post-traumatic stress disorder. 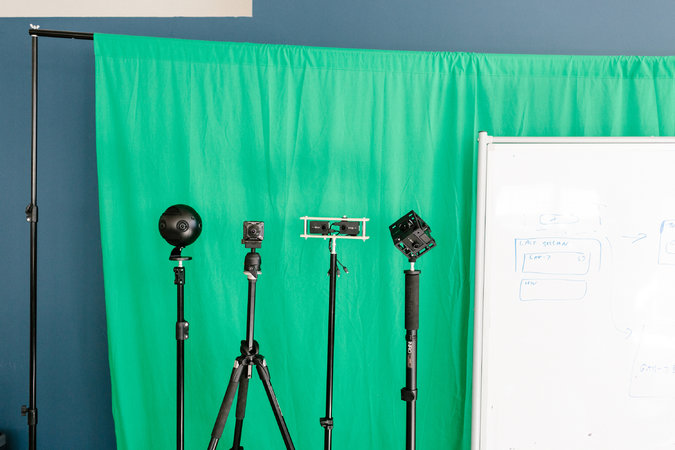 Traditionally, psychologists have treated such conditions by helping patients imagine they are facing a fear, mentally creating a situation where they can address their anxieties. Virtual reality takes this a step further.

“We feel pretty confident that exposure therapy using V.R. can supplement what a patient’s imagination alone can do,” said Skip Rizzo, a clinical psychologist at the University of Southern California who has explored such technology over the past 20 years.

Barbara Rothbaum helped pioneer the practice at the Emory University School of Medicine in Atlanta, and her work spawned a company called Virtually Better, which has long offered virtual reality exposure therapy tools to some doctors and hospitals through an older breed of headset. According to one clinical trial she helped build, virtual reality was just as effective as trips to airports in treating the fear of flying, with 90 percent of patients eventually conquering their anxieties.

Such technology has also been effective in treating post-traumatic stress disorder among veterans. Unlike treatments built solely on imagination, Dr. Rothbaum said, virtual reality can force patients to face their past traumas.

“PTSD is a disorder of avoidance. People don’t want to think about it,” she said. “We need them to be engaged emotionally, and with virtual reality, it’s harder for them to avoid that.”

Now, headsets like Google’s Daydream, which works in tandem with common smartphones, and Facebook’s Oculus, the self-contained $400 headset that sparked the recent resurgence in virtual reality technologies, could potentially bring this kind of therapy to a much wider audience.

Virtually Better built its technology for virtual reality hardware that sold for several thousands of dollars. Today, Limbix and other companies, including a Spanish start-up called Psious, can offer services that are far less expensive. This week, Limbix is beginning to offer its tools to psychologists and other therapists outside its initial test. The service is free for now, with the company planning to sell more advanced tools at some point.

After testing the Limbix offering, Dr. Jewell said it allowed patients to face their anxieties in more controlled ways than they otherwise could. At the same time, such a tool can truly give patients the feeling that they are being transported to a different locations — at least in some cases.

Standing atop a virtual skyscraper, for instance, can cause anxiety even in those who are relatively comfortable with heights. Experts warn that a service like the one offered by Limbix requires the guiding hand of trained psychologists while still in development.

Limbix combines technical and medical expertise. One key employee, Scott Satkin, is a robotics and artificial intelligence researcher who worked on the Daydream project at Google. Limbix also works with its own psychologist, Sean Sullivan, who continues to run a therapy practice in San Francisco.

Dr. Sullivan is using the new service to treat patients, including a young man who recently developed a fear of flying, something that causes anxiety simply when he talks about it. Using the service alongside Dr. Sullivan, the young man, who asked that his name be withheld for privacy reasons spent several sessions visiting a virtual airport and, eventually, flying on a virtual plane.

In some ways, the young man said, the service is still less than perfect. Like the Street View scenes Dr. Jewell uses in treating her patients, some of this virtual reality is static, built from still images. But like the rest of the virtual reality market, these tools are still evolving toward more realistic scenes.

And even in its current form, the service can be convincing. The young man recently took a flight across the country — here in the real world.