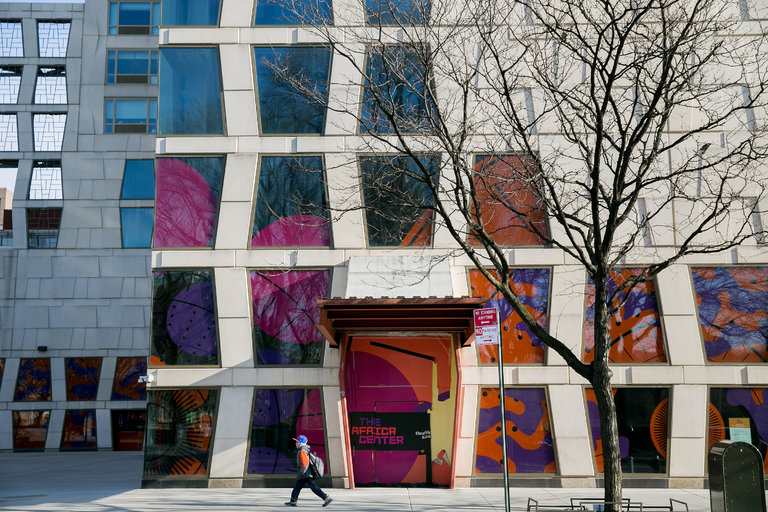 The building that houses the Africa Center, in Harlem, has been completed for several years, but the center has faced financing obstacles.

The building that houses the Africa Center, a Harlem institution devoted to African art and policy, has been completed for several years now. But fund-raising obstacles have prevented the center’s space itself from opening.

Recently, though, the center posted a computer simulation on its website that provides a glimpse of what its headquarters may eventually look like. And it has announced efforts that will be made by its new board president, Halima Aliko Dangote, to close the funding gap.

The simulation shows how the center, built as part of a luxury condo development at the corner of Fifth Avenue and 110th Street, is expected to be transformed into an elegant white-walled space. According to the video, there will be a public atrium on the ground floor, galleries and a theater on the second floor and offices and meeting rooms on the third floor as well as a terrace with views of Central Park.

Originally known as the Museum for African Art, the organization renamed itself the Africa Center several years ago, with a broader mission that includes economic and public-policy programming.

Ms. Dangote, who was recently appointed president of the center’s board and head of the capital campaign, narrates a portion of the video. She is the daughter of Aliko Dangote, a Nigerian cement magnate and billionaire who has been identified by Forbes magazine as the richest man in Africa.

Africa Center officials in New York did not immediately respond on Friday to questions about how much money was needed to complete the space and whether there was a time frame for its opening. But during a recent fund-raising event in Nigeria, Ms. Dangote told CNBC Africa that she hoped to raise $4 million to $5 million that night and that she planned similar events in Morocco and Kenya.

An earlier version of this article misstated the relationship of Halima Aliko Dangote, the president of the board of the Africa Center, to the cement magnate Aliko Dangote. She is his daughter, not his wife. The article also misstated the amount that Ms. Dangote told CNBC Africa she hoped to collect for the center at a recent fund-raising event. It was $4 million to $5 million, not $45 million.