Home Gadgets App Smart: Virtual Reality on the Cheap? Try These Apps on Your...

AT last week’s annual International CES, one of the largest technology conventions, virtual reality goggles were hyped as a way to get a taste of the immersive 3-D technology. Yet many people may be able to sample virtual reality just by using their phones with the right apps. 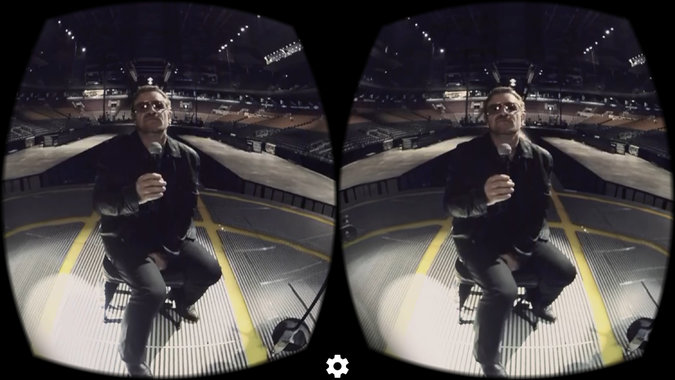 Start with the Within app, which is a free iOS and Android download. It uses so-called 360-degree video technology, which is similar to virtual reality and lets you look at a video in every direction and to interact with and explore a movie scene.

Within works like this: Imagine you are watching a regular film on your phone — with a point of view decided by where the filmmaker was pointing a camera. In the app, you can move your phone around in the air, looking all around and up and down, as you slide your viewpoint all around the scene, seeing the actors and the set wrapping all around you.

It’s almost as if you were there standing among the actors. At first it may feel unnerving, and you may find yourself bumping into things in your real-life room. But you will be mesmerized.

Within has access to a short list of 360-degree videos, including a music video made by U2 and a specially filmed short episode of the hit TV series “Mr. Robot.” You simply choose one of the videos, hit play and decide either to download the film for later viewing or to stream it.

To watch the Within clips another way, use a Google Cardboard device (usually around $20). This simple hardware converts your phone into a full virtual-reality goggle system, so you will see the clips in 3-D. This is even more of a taste of the future.

An alternative app called Jaunt VR has similar features. It also has a catalog of 360-degree video that can be viewed on a phone screen or through Google Cardboard or a similar device.

The app has a slightly longer list of films available, and in many ways it’s an excellent peer to Within. But the video quality seemed lower, and the menu system is a little more clunky. Nevertheless, it’s a free iOS and Android download, so you may as well try it out.

Google also has a free iOS and Android app to accompany its Cardboard product. It’s simple, but it does help you set up Cardboard and acts as a portal to some virtual reality experiences.

On Android, there’s an even more interesting free Google app called Cardboard Camera. This app guides you in making 360-degree circular panorama photos, making you spin around with your phone held out to capture a scene. You can then view your creations later in the Cardboard app. Not quite as impressive as an immersive 360-degree video, but still fun.

There are also some virtual reality gaming apps worth trying, like the Cardboard-compatible InMind 2 game. You move through the play area by solving puzzles (mainly by looking at a target until it is selected). Along the way, some information will pop up that teaches you how human brains work.

The graphics are smoothly animated and surreal and may remind you of the psychedelic scenes from the film “2001: A Space Odyssey.” The 3-D effect as you look around is impressive and amusing, though not particularly high resolution. InMind 2 is a free iOS and Android download, which gives you a good start in the game. It costs $3 to download more levels.

For a more exciting game, check out End Space VR. This is a space shooter game where enemies can fly at you from all angles, including above and behind you. It works both with Cardboard-like devices and in non-3-D mode, where you wave your phone around.

The graphics are fun, and the gameplay is simple but has enough to keep you interested. End Space is a $1 iOS download. On Android, the game is called Minos Starfighter, also for $1.

Enjoy these samples of virtual reality and play safely. Try not to fall over in real life as you wiggle your head around in virtual space.

The Happiness Planner is a different type of calendar app. Instead of merely helping organize to-do lists and events, the app has a focus on raising your happiness levels. It encourages you to think positively and practice self-reflection by setting regular goals. Attractively designed, this iOS app is free to use for 14 days and then costs $3 a month for access to all features.