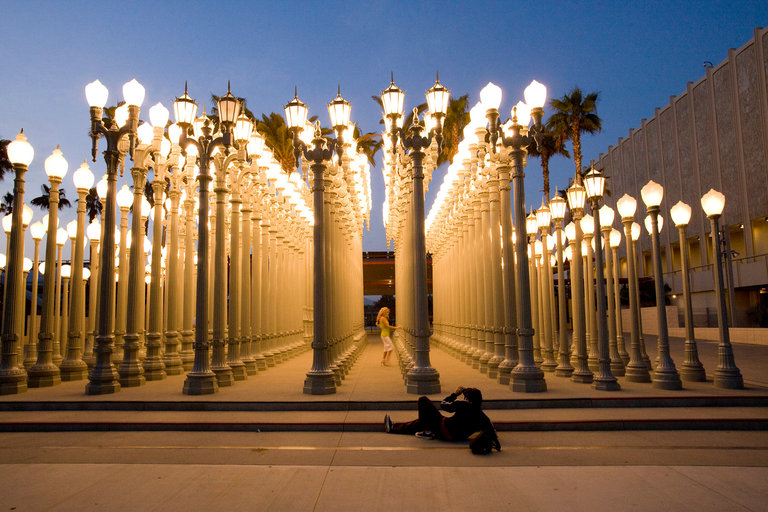 Talk about a mash-up. Perhaps the most ephemeral of social media channels, Snapchat, is being used to pair pop lyrics with images of centuries-old paintings or artifacts. The images last on a device for up to 10 seconds.

If it seems incongruous to juxtapose an ancient objet d’art with an image that disappears in a blink of an eye, that’s exactly what the Los Angeles County Museum of Art has been doing — to much fanfare. Last spring, its Snapchat account won a Webby Award, an internet honor from the International Academy of Digital Arts and Sciences, a judging body with more than 2,000 members.

This emoji-oriented app, aimed at millennials and teenagers, is bringing a prominent collection front and center for a new generation. “Our strategy is to appeal to the younger audience to get the word out there about Lacma,” Lucy Redoglia, the museum’s social media manager, said, using the museum’s acronym. “These are people who may not be interested in art right away, but might find a connection through something that we post.”

Every museum wants a younger, more diverse audience, said JiaJia Fei, 29, digital director at the Jewish Museum in New York City: “Social media has been a huge part of outreach and engagement as a tool of education.”

“Instagram, Twitter, Snapchat are the primary way that people in my generation interact socially,” Ms. Fei said, so having a presence on the channels is important in reaching them.

Like those at the Los Angeles museum, in recent years social media managers at institutions around the world have been reaching out to audiences via witty posts on Facebook, Instagram, Snapchat and Twitter. They’re delivering quirky, educated content to capture new audiences with short video gallery tours led by a curator or a guest on camera on Facebook Live, or via Instagram real-time feeds, Twitter chats and more.

The Los Angeles museum, however, may be the winner in seizing the imagination of a youthful demographic. It was the first major museum to join Snapchat, in 2014, and its profile has more than 220,000 followers and roughly 85,000 views per snap. Snapchat continues to skew young, with 46.8 percent of its users between the ages of 18 and 24 as of last December.

Ms. Redoglia, 32, roams the collection, which includes more than 130,000 objects dating from antiquity to the present, snapping pictures, then coupling them with pithy one-liners for posting on Snapchat. For instance, she matched a photo of François Boucher’s 1742 canvas “Leda and the Swan” with the caption: “Stop looking at me, Swan,” from the ’90s film “Billy Madison.”

Ms. Redoglia also weaves together “snap stories” that can stay up for 24 hours and that illustrate lines of songs, like Queen’s “Bohemian Rhapsody,” with pictures of artworks.

The museum has a strong presence on other channels. Last year it gained 500,000 followers (it now has nearly two million across all of its platforms), reaching more than 89 million viewers, Ms. Redoglia said. On Facebook, more than one million users stop by the museum’s page weekly. Some posts have reached over three million people — far exceeding the 1.4 million visitors who go to the museum each year.

On Instagram, where the museum has 468,000 followers, “Urban Light” appeals to visitors, who share pictures of themselves on their accounts, using the hashtag for the work, #202lights. A 2008 installation by the Conceptual artist Chris Burden in front of the museum’s entryway, it features 202 restored vintage street lamps from the 1920s and 1930s.

At other museums, the uptick in social media audiences is also noteworthy. Since 2011, the Art Institute of Chicago’s audience has exploded. Facebook followers jumped to around 447,000 from 55,000. On Twitter, followers have increased to 159,000 from 25,000. And there are over 100,000 Instagram followers.

In February, its social media outlets lit up when the museum decided to promote the exhibition “Van Gogh’s Bedrooms” by creating a model of the artist’s bedroom in the Yellow House in Arles, France. The room was recreated in an apartment in the River North section of Chicago, and people could reserve a night’s stay via Airbnb and get two tickets to the show. Robby Sexton, 35, the Art Institute’s social media manager, stayed overnight in the bedroom on Feb. 14 to kick-start the offer and posted about it on Instagram, Facebook and Twitter.

Reservations rolled in. For availability, a guest had to tap into Facebook, then book at Airbnb. “We made Facebook our focal point,” Mr. Sexton said, “and we used social media to highlight aspects of the Airbnb room that also highlighted aspects of the exhibition.” It worked. More than 433,620 people came to the show, making it the most popular one in more than 15 years.

“We’ve also had great results experimenting with Instagram takeovers,” Mr. Sexton said. “The artist Frances Stark was our first, and it offered a creative and spontaneous extension of her ongoing exhibition.”

But a younger audience is not the only target. “Initially, we were trying to reach out to younger audiences on Facebook and other platforms, but over the years, the platforms have broadened in terms of their demographics and diversity,” Mr. Sexton said. “Some of our Facebook followers are easily in their 80s.”

Another recent Snapchat convert, the Museum of Fine Arts, Boston, posts a weekly emoji art history lesson. “We then duplicate that posting as an Instagram story, where we have nearly 145,000 followers,” said Karen Frascona, the museum’s director of public relations. “And through short video-and-still-image gallery tours, too, we’re trying to explain things and expose our works of art to people who may have never come to our museum.”

The social media learning curve is ever-changing — a good thing for museums, which have long been thought of as set in their ways and stodgy. “There’s no rule book for social media, and that’s exciting,” Ms. Fei said.

Because of an editing error, a caption in an earlier version of this article misstated the source for the painting “The Bedroom” by Vincent Van Gogh. It was The Art Institute of Chicago, not Van Gogh Museum, Amsterdam.