Home Lifestyle Art At the Prado, Love That Now Dares to Shout Its Name 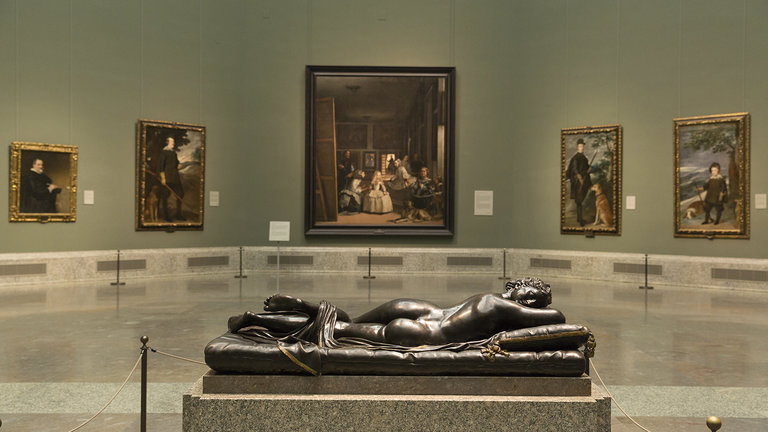 A statue of Hermaphrodite in the exhibition “The Other’s Gaze. Spaces of Difference” at the Prado Museum in Madrid.

MADRID — The term homosexuality was first coined at the end of the 19th century, by which time the Prado Museum here had almost finished assembling Spain’s largest art collection.

Yet homosexuality has always been present within the Prado, Madrid’s flagship museum, in ways that it has now chosen to highlight for the first time, in a new show called “The Other’s Gaze. Spaces of Difference.” The exhibition allows visitors to look at the ways homosexuality features not only within some specific paintings and sculptures, but also within the lives of the works’ artists and patrons.

The show opened on June 14, just ahead of World Pride, a 10-day festival that ends on Sunday and is expected to draw more than two million visitors to Madrid.

“The Prado is much more than a national museum, because we get visitors here who come from countries that don’t always recognize what is normal, countries that really belong to the third world in terms of human rights,” said Jaime de los Santos, who is responsible for culture and tourism within Madrid’s regional government.

Miguel Falomir, the Prado’s director, said his museum wanted to demonstrate that it was “open to all sensitivities” and sexual orientations. This exhibition, he said, “should probably have been done 10 years ago, but it’s never too late.” And while he had braced himself for criticism from the more conservative elements of Spanish society, no dissent had been voiced so far, he said. “This country has luckily changed,” he added.

Other museums are also now exploring homosexuality in art. The Tate Britain in London is now hosting an exhibition, “Queer British Art, 1861-2017,” to commemorate the 50th anniversary of the partial decriminalization of homosexuality in England. And coinciding with the World Pride festival, the Thyssen-Bornemisza, another of Madrid’s prominent museums, is highlighting sexual orientation in a show called “Inclusive Love.”

During a tour of the Prado’s show, Carlos G. Navarro, one of its curators, explained how artists drew on mythology and biblical episodes to incorporate homosexuality into their works while trying to circumvent censorship. Initially, such art was then often kept out of bounds in private royal chambers, like the Parada Tower, a hunting pavilion built by King Philip IV on the outskirts of Madrid. One of the pavilion’s masterworks, which now hangs in the Prado’s main gallery, is “The Rape of Ganymede,” by Peter Paul Rubens, in which the artist shows Ganymede and a quiver of arrows in a juxtaposition that suggests anal penetration, Mr. Navarro explained.