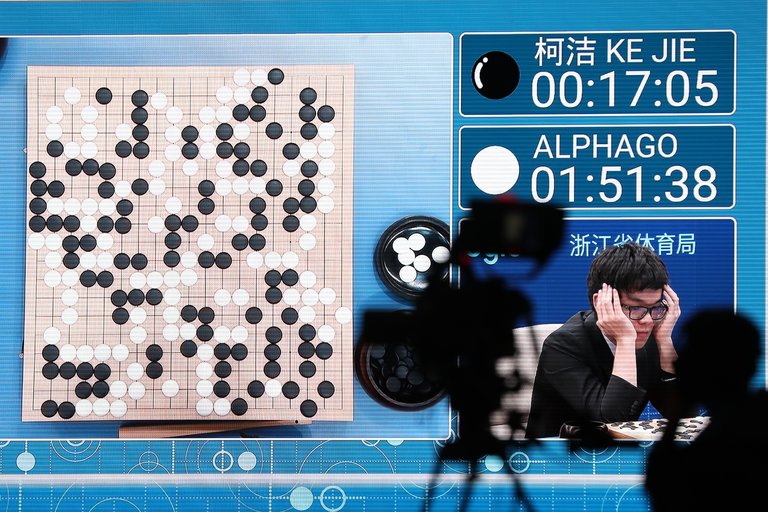 Last year, a Google computer program known as DeepMind’s AlphaGo beat one of the world’s top players in the game of Go, a two-player board game that originated in China more than 2,000 years earlier. The event made headlines the world over, including in The New York Times, as a sign of the increasing strength of artificial intelligence versus human brainpower.

On Tuesday, AlphaGo was at it again.

This time, the Google artificial intelligence program took on the top-ranked Chinese Go player, Ke Jie, in Wuzhen, China, as part of a three-game match. AlphaGo was victorious in the first game, writes Paul Mozur, a New York Times technology reporter, causing Mr. Ke to call the program “like a god of Go.” The next two games of the series are scheduled for Thursday and Saturday.

At this stage, artificial intelligence in all its forms is inevitable. It’s evident in speech recognition and image recognition software. It’s tangible in Amazon’s Echo speakers when the smart assistant Alexa speaks to you. It’s on some streets in the form of self-driving cars. All use A.I. as part of their underlying technologies.

Think of AlphaGo’s wins as a marker of this march of A.I. The program’s Go matches are a reminder to many of us who don’t follow all the advances day to day of just how much progress artificial intelligence is making each year. AlphaGo forced human Go players to change how they play the game. Even so, the humans have not been able to keep up.

“AlphaGo is improving too fast,” Mr. Ke said in a news conference after the first game. “AlphaGo is like a different player this year compared to last year.”