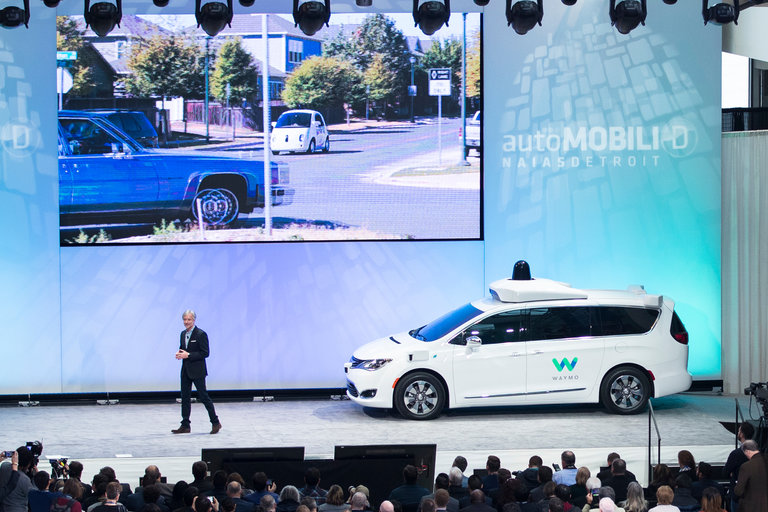 John Krafcik, Waymo’s chief executive, in January. The company is seeking a broader range of feedback from riders in self-driving cars, he said.

It’s hard to say for sure when autonomous vehicles will become mainstream, but one thing is certain: In some cities, spotting one is no longer a novelty.

On Tuesday, Waymo, the self-driving car spinout of Google’s parent company, Alphabet, was to announce that it will offer free rides to people in certain parts of Phoenix.

After several years of cautious testing, Waymo said it wants to increase the range of riders who get access to the company’s self-driving vehicles. Those who are interested in getting a free ride will be able to apply on the company’s website. Don’t worry, there will still be a driver in the car.

Waymo has been testing its self-driving cars near its headquarters in Mountain View, Calif., and has also driven its vehicles near Seattle and Austin, Tex.

Uber, the ride-hailing service that has emerged as Waymo’s biggest rival in the autonomous driving market, has been more aggressive with road testing, with projects in Pittsburgh, Tempe, Ariz., and San Francisco, where the company ran into problems.