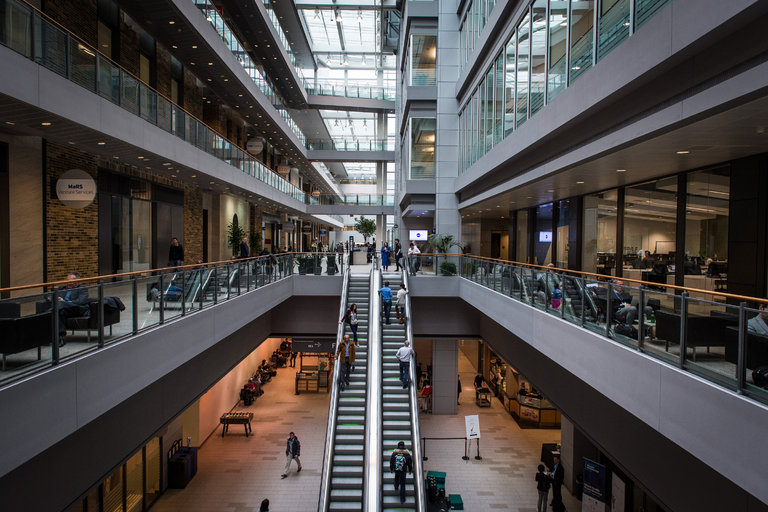 The Mars Discovery District in Toronto is one of the world’s largest innovation hubs. After years of losing its artificial intelligence scientists and start-ups to Silicon Valley, Canada is focusing on keeping its A.I. leaders in the country.

One of the hottest technology trends in recent years has been the rise of artificial intelligence. What people often overlook is that the trend was not born in Silicon Valley, but in other places, including Canada.

Canada was the home of many researchers including Geoff Hinton, a computer scientist at the University of Toronto, who specialized in a form of A.I. known as machine learning. Their work has helped underpin a wave of new developments in the field.

But their success also brought some unintended consequences. Silicon Valley companies took notice of their achievements and using deep pockets and big promises, lured many A.I. experts away from Canada.

Now Canada is trying to ensure it keeps its A.I. talent and foster a homegrown industry around the technology, writes Steve Lohr. The Canadian government has pledged $93 million ($125 million Canadian) to support A.I. research centers in Montreal, Toronto, and Edmonton.

The research centers will be public-private partnerships. One of them is the Vector Institute for Artificial Intelligence in Toronto, which begins with commitments of $130 million. About half of that sum is coming from national and provincial governments, with the other chunk from corporate sponsors like Google, as well as Canadian companies like Scotiabank.

Mr. Hinton, for one, has stayed in Canada. While he works with Google, he continues to make Toronto his home base. “I preferred Canada,” Mr. Hinton said.

• Tesla hits a new milestone, passing G.M. in valuation. After passing Ford Motor a week ago, the electric car company edged past General Motors in early trading, with a market capitalization of $51 billion.

• Spain arrests a Russian who is believed to be the kingpin of computer spam. Western cybersecurity researchers have identified the man being held, Peter Levashov, as the spammer known as Peter Severa, though some doubt he is the same person.