Home Business Britain Cracking Down on Gender Stereotypes in Ads

The answer, the report found, is no.

The agency found that stereotypes could “restrict the choices, aspirations and opportunities” of ad viewers, especially girls and teenagers who are figuring out their identities and goals.

“Our review shows that specific forms of gender stereotypes in ads can contribute to harm for adults and children,” said Ella Smillie, the lead author of the report. “Such portrayals can limit how people see themselves, how others see them, and limit the life decisions they take.”

The Committee of Advertising Practice, which sets British advertising standards, in consultation with the industry, will develop new standards, starting later this year. The Advertising Standards Authority, an independent body, will then enforce those rules. 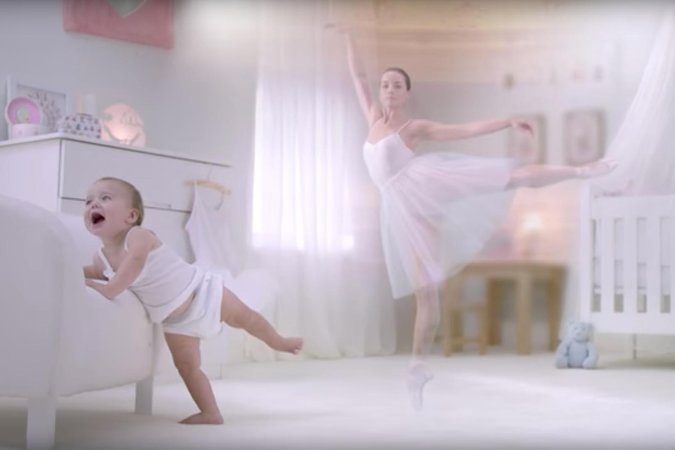 An image from a baby formula ad.

“While advertising is only one of the many factors that contribute to unequal gender outcomes, tougher advertising standards can play an important role in tackling inequalities and improving outcomes for individuals, the economy and society as a whole,” said Guy Parker, the chief executive of the Advertising Standards Authority.

The specifics have yet be developed, but the regulator offered some examples.

“It would be inappropriate and unrealistic to prevent ads from, for instance, depicting a woman cleaning,” the report said. But, it said, “an ad which depicts family members creating mess while a woman has sole responsibility for cleaning it up” might be banned under the new guidelines.

That would affect major British retailers like Asda, the supermarket chain, which ran a television commercial that shows a mother bearing the bulk of the work — carrying groceries, cooking and setting up a Christmas tree — while the father is either passive or absent.

The ad ended with the slogan, “Behind every great Christmas, there’s mum.”

According to GfK, a market research firm that gathered survey and other qualitative evidence used in the report, some participants felt that the Asda ad “failed to demonstrate the mother’s value to the family,” although others felt the portrayal was accurate.

Showing a father “trying and failing to undertake parental or household tasks” could be deemed problematic under the new rules, according to the report.

Sam Smethers, chief executive of the Fawcett Society, a feminist organization, said stereotypes were central to gender inequality “from the gender pay gap to violence against women and girls.” She added, “They are well past their sell-by date and cause significant harm.”

The industry’s project to address stereotypes in ads, which began in April 2016, has not been universally praised. In an article in The Times of London, a journalist, Andrew Ellson, called the proposed new standards an assault on freedom of speech.

But Lindsey Clay, chief executive of Thinkbox, a marketing group in Britain, called the report “a wake-up call for the advertising industry.” She said the new standards should not be regarded as a restriction, but as an opportunity for greater creativity.

As an example, Ms. Clay referred to “This Girl Can,” a 2015 ad by Sport England, an organization that promotes physical fitness. It showed a wide variety of women and girls — of different ages, shapes and sizes — engaging in fitness activities. Their bodies are far from perfect, and the ad captures the effort and even the frustration of working out.