Cabbage have denied claims their lead singer assaulted a female audience member at one of their gigs.

A woman who attended the Wednesday night gig – but not the person said to have been assaulted – claimed on social media to have seen the incident.

The band strongly deny the accusations made against singer Lee Broadbent.

Nicole Rushworth said Cabbage’s performance was poor and claims he was “so off his head” that he was unable to remove his own guitar strap.

“Lead singer Lee Broadbent sexually assaulted a young woman at the show,” she wrote on Twitter, adding that the young woman had been attending the show with her dad.

“He proceeded to put his hand down his trousers, fondle himself, then rub his hand over the girl, ragging on her hair,” she claims. 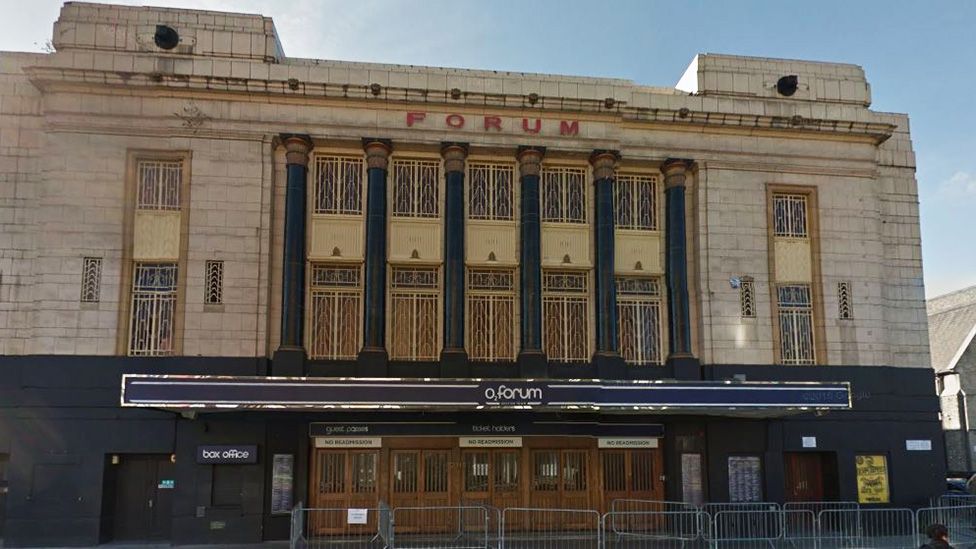 Nicole claims the dad made a complaint to security at the venue who then brought Lee Broadbent to apologise, but she claims he “got aggressive” with the girl’s dad.

Cabbage were supporting Kasabian when the incident was said to have occurred.

The venue, O2 Kentish Town Forum, would not comment when Newsbeat contacted them.

Cabbage’s representative have yet to respond to a request from the BBC for a statement but the band posted a response to the claims saying they “deny the accusations put against Lee this morning,” but which confirmed a complaint had been made.

“His hands were never down his trousers although he did go down to the barrier to interact with the crowd, as he does at all Cabbage shows,” it reads.

They claim he “took it on himself” to make an apology to the person who made a complaint and shook hands with both the father and daughter in question.

The band says the complaints are “completely unfounded” and that they are shocked and deeply troubled by the “fabrications”.

Several followers of the band have responded to Cabbage’s tweet to say that they also witnessed the incident, while other fans welcomed hearing the band’s response to the accusations.

A spokesperson for SafeGigs4Women says the charity has offered assistance to both the band and fans involved in the alleged incident.

“We have now seen Cabbage’s statement, and we’d be happy to discuss the matter and issues of consent in the context of the artist/fan relationship during a gig with them if they are willing,” said the charity in a statement given to Newsbeat.

“We’d also be happy to provide referrals to the girl and her father if they feel the need for them, as we do everyone who comes to us.”

Scotland Yard tells Newsbeat that there was no report of this alleged incident to the police.