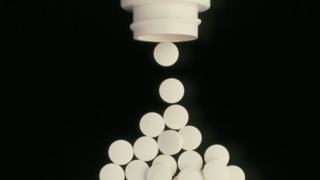 UK prices for generic cancer drugs have risen sharply in the past five years, restricting their use in treating NHS patients, research from the European Cancer Congress has found.

Drugs such as tamoxifen and bulsufan are now 10 times more expensive despite no longer being under patent.

It said the NHS had benefited from competition over generic drugs.

But the UK researchers said NHS negotiations with drug companies were failing to contain costs, and getting access to cheaper drugs would allow more people to be treated with more modern medicines.

They estimated that the cost of these price rises to the NHS in England was around £380m a year – which only included community-based prescribing, not hospital prescribing.

Drugs start off being on-patent, and their high prices allow pharmaceutical companies to profit from their investments in research and development.

After patents have expired and generic versions are sold, the theory is that drug prices should fall close to the cost of production.

However, because of high drug prices, the NHS is often not able to approve some new cancer drugs for use.

New treatments then have to be rationed.

Dr Andrew Hill, senior research fellow in pharmacology and therapeutics at the University of Liverpool, and Melissa Barber from the London School of Hygiene and Tropical Medicine, collected prices on medicines available on the NHS for their presentation at the cancer conference.

And compared with prices for the same drugs in India, the UK drugs were roughly 20 times more expensive.

Dr Hill said he was surprised to find several companies had consistently raised the prices of cancer treatment.

“We have found that some companies take over the supply of some generic cancer medicines and then raise the price progressively,” he said.

He said this was “worrying”, particularly when the Cancer Drugs Fund is under pressure from high prices.

But Warwick Smith, director-general of the British Generic Manufacturers Association, said the actual prices paid by hospitals were usually much lower than the list prices.

He said the tendered price paid by hospitals for tamoxifen 10mg tablets is £4.85 for a pack of 30, or 16p per tablet.

“Generic competition in the oncology market has produced very significant savings for the NHS and generated access for patients to medicines such as tamoxifen which can be used to reduce the risk of breast cancer and not just to treat it.

“In the case of generic medicines used in hospitals, it is important to distinguish between the actual price paid by trusts and the much higher list prices often quoted.”

The Health Services Medical Supplies (Costs) Bill, currently going through Parliament, is designed to allow the NHS to regulate prices in the future.

As a result of the bill, companies found to be raising prices with no clear justification will be referred to the Competition and Markets Authority, and could face fines.

There is a similar situation in other European countries.

In Spain and Italy, failure to accept the high prices demanded for some generic treatments has led to warnings from companies that they could stop their supply.

“At a time when cancer patients are living longer and better lives due to effective treatments, this situation is particularly worrying,” Dr Hill said.