Think of it as “Lake Michigan Standard Time.”

Inspired by the Los Angeles-themed omnibus event “Pacific Standard Time,” the Windy City will be shining the spotlight on itself in 2018 with “Art Design Chicago,” featuring some 25 exhibitions and hundreds of public programs.

Initiated and largely funded by the Terra Foundation for American Art, “Art Design Chicago” is a joint effort of more than 40 organizations, and will look at the city’s influence and achievements across disciplines since the late 19th century.

“We felt there were too many undiscovered stories in Chicago art,” said Elizabeth Glassman, the Terra Foundation’s president and chief executive, who was to announce the initiative on Tuesday. 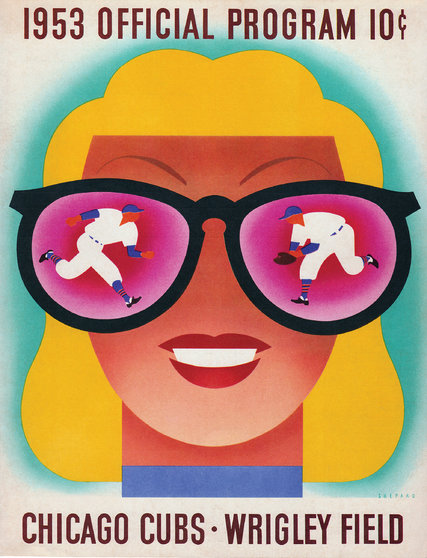 A Chicago Cubs scorecard design from 1953.

“We don’t want this to be something where everyone brings out some Chicago art and we all applaud,” Ms. Glassman said of the shows. “We wanted deep dives.”

The Art Institute of Chicago will put on a retrospective in June 2018 of the African-American painter Charles White, organized with the Museum of Modern Art, as well as a show in September about the Hairy Who, the influential group of artists who came to prominence in the 1960s and ’70s and included Jim Nutt, Gladys Nilsson, Karl Wirsum, James Falconer, Art Green and Suellen Rocca.

The Detroit-born Mr. Josephson, 84, studied with the photography legends Harry Callahan and Aaron Siskind at the Illinois Institute of Technology in the late 1950s, and has been based in Chicago ever since. He said the only challenge he saw with “Art Design Chicago” was its size.

“It’s really daunting,” Mr. Josephson said of the more than 25 exhibitions. “But I hope to see as many as possible.”