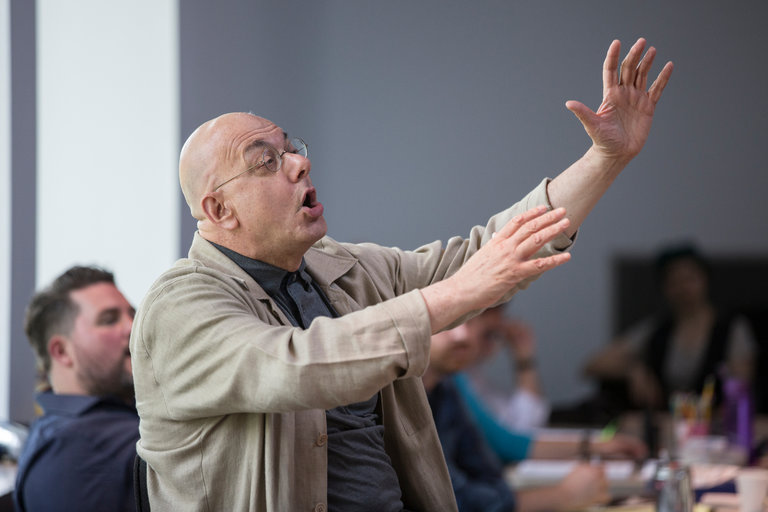 Chopin on the Hudson

Poland, Paris, Annandale-on-Hudson, N.Y.: “Chopin and His World” will be the theme of the 28th annual Bard Music Festival this summer on the Hudson Valley campus of Bard College.

The Chopin programs — which fill the final two weekends of Bard’s SummerScape programming, which runs from June 30 through Aug. 20 — will explore his early pieces, concertos by his predecessors, 19th-century piano music and the virtuosity and originality of his mature works. One concert will pair music of Chopin and Berlioz, friends with different ideas about Romanticism; another will feature the little-known Polish opera “Halka,” by Stanislaw Moniuszko.

Dvorak’s grand opera “Dimitrij” — which more or less picks up Russian history where Mussorgsky’s far more popular “Boris Godunov” left off — will be given a rare performance outside the Czech Republic in a new production by Anne Bogart. Leon Botstein, the president of Bard College and music director of the American Symphony Orchestra, will lead the ensemble in five performances, July 28 through Aug. 6.

The American Symphony Orchestra will have a somewhat diminished presence at the festival this summer. While it used to perform three or four concerts in addition to the annual opera, it will play only two concerts and “Dimitrij” this year. The Orchestra Now, a new graduate training orchestra that Mr. Botstein also leads, will perform two concerts as well.

Jerome Robbins’s “Dances at a Gathering,” set to Chopin mazurkas, waltzes, and études, will be danced by New York City Ballet Moves, City Ballet’s small touring outfit, which is appearing at the festival for the first time from June 30 through July 2. The company will also dance Justin Peck’s 2012 “In Creases.”

Chopin is not the only Polish artist being explored this summer. The Wooster Group will give the premiere of a new theater piece in July called “A Pink Chair (in Place of a Fake Antique),” a tribute to the Polish director, designer and writer Tadeusz Kantor.