Mr. Stewart created an archive of some 800,000 negatives, and by his count his photographs appeared on the covers of at least 2,000 albums.

In 1964, he joined Coltrane as he recorded the album “A Love Supreme” at the Van Gelder Studio in Englewood Cliffs, N.J. With a Rolleiflex camera, he photographed the rehearsal as Coltrane, with his saxophone, led the pianist McCoy Tyner, the drummer Elvin Jones and the bassist Jimmy Garrison through his four-movement composition.

Seventy-two pictures from that session went undeveloped for 50 years. Looking at a sheet of the rediscovered work with a reporter for Smithsonian magazine in 2014, Mr. Stewart singled out one that showed Coltrane sitting at a piano, lost in thought. 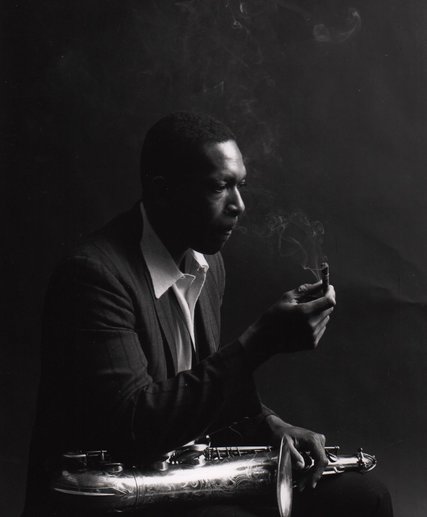 “I was looking for a decisive moment,” he said.

He was seeking not only decisive moments in studios and nightclubs, but also images that were undeniably his.

“If you say Count Basie, a thousand photographers might have photographed him,” Mr. Stewart said in an interview with the Newark radio station WBGO in 2016. “I want my pictures to say, ‘These pictures are by Chuck Stewart.’”

He did not find it easy, perhaps out of modesty, to describe how he had created his most distinctive work. But Carol Friedman, a friend and fellow photographer, said he had distinguished himself through his relationships with the artists.

“If you look through Chuck’s images,” Ms. Friedman said in an interview, “what is immediately apparent is that his subjects have let him into their inner sanctum. They like him and they trust him. Whether he’s documenting them at a recording session or capturing them in the privacy of his own studio, he knew how to defer to the moment in time that unfolded before him.”

Charles Hugh Stewart was born on May 21, 1927, in Henrietta, Tex., to Hugh Paris Stewart, a chef, and the former Anne Harris, a domestic worker. The family later moved to Tucson, Ariz.

He used a Box Brownie Six-16 camera, which he had received for his 13th birthday, to take pictures of Marian Anderson, the African-American contralto, when she visited his school. A year earlier she had sung at the Lincoln Memorial after being denied use of Constitution Hall by the Daughters of the American Revolution, which owned the hall.

“When I got the pictures back from the drugstore, everybody wanted some,” Mr. Stewart told WBGO. “I made $2. That was during the Depression. I got a quarter-a-week allowance. So $2 was a lot of money.”

He took piano lessons for eight years, at his mother’s insistence, but the only thing he could successfully play, he said, was Bach’s Minuet in G. 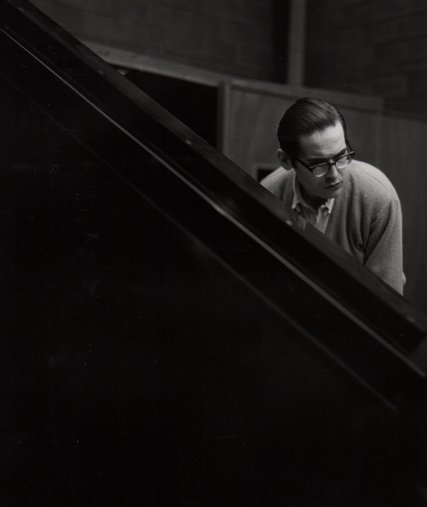 Mr. Stewart graduated from Ohio University in 1949 and became an assistant to his fellow student, Herman Leonard, at his studio in Manhattan. Mr. Leonard, who would become known for his haunting, noirish images of musicians, introduced him to the jazz clubs in Harlem and on 52nd Street that would become his artistic stamping ground. Mr. Leonard died in 2010.

Drafted into the Army, Mr. Stewart found work as a military photographer. He was in the Nevada desert in 1952 to shoot atomic bomb tests and documented the effect of the tests on tanks positioned in the desert.

“I can’t prove that,” he told WBGO, “because all the pictures belong to the government.”

He returned to work for Mr. Leonard after his discharge and took over the studio in 1956 when Mr. Leonard went overseas to photograph Marlon Brando, who was shooting “The Teahouse of the August Moon” in Japan, and later when Mr. Leonard moved to Paris.

Mr. Stewart’s specialty was jazz, but he also worked in other genres, photographing musical stars like Frank Sinatra, the Beatles, James Brown, Janis Joplin, Bo Diddley, Judy Garland, Led Zeppelin and Tito Puente for album covers and back covers, as well as for magazines and books. He shot sports stars, fashion models, actors, comedians and quiet street scenes. He also published a book of nudes, “Nus de Harlem,” in 1961.

He is survived by his daughter, Marsha Stewart; two sons, David and Christopher; seven grandchildren; and one great-granddaughter. His wife, Mae Bailey, a social worker, died in 1986.

Mr. Stewart’s decades of photographing jazz stars brought him a wealth of stories, like the one he told WBGO about photographing Miles Davis at a show in Italy with a band that included the saxophonist James Moody.

“Miles used to call me James Moody,” he said, because the two looked somewhat alike, at least to Mr. Davis. When the show ended, he and Mr. Moody went to Mr. Davis’s dressing room. “O.K., Miles can you tell us apart?” Mr. Stewart said he asked.