“There were battles and I didn’t know what to do. You had to fire your gun like a crazy person to stop yourself getting killed,” says 15-year-old Luis.

Recruited just days before his 14th birthday, Luis (not his real name) spent 12 months inside the Popular Liberation Army (EPL), a Colombian guerrilla group involved in drug trafficking and other illicit activities that operates mainly along the northern border with Venezuela.

For Luis, one of the hardest things to get used to as a young fighter were the long night walks through the mountains.

Luis was given a uniform and two weeks of basic firearms training before he and other recruits faced an initiation test. They were told they would be killed if they failed to open fire when ordered to.

“The [guerrilla] officers said we were going to attack a police station and so they took all the new guys to attack it. And we opened fire until a plane arrived and we retreated,” he says.

“I was scared because it was the first time. I had only been with them for a couple of weeks.”

It was then he realised he had made a mistake and decided to run away. “I thought to myself: how did I get here? To the point that I am shooting a weapon?”

Luis escaped from the EPL with the help of a guerrilla commander who took pity on him back in February.

At the time, he never thought he would be given the chance to turn his life around. But after six months studying at Benposta, a home and school for ex-combatants, he has decided he wants to go to university and become a chef.

Benposta, which is set in the tranquil mountains overlooking the Colombian capital, Bogotá, houses about 100 children and teenagers from mostly poor, lawless communities.

The children are not usually physically abducted by guerrilla groups, but are instead seduced by false promises. Often just the offer of a motorbike or a regular hot meal can be enough to convince them.

Luis grew up on a farm surrounded by violence. He left school when he was nine to harvest coca leaves, the raw ingredient for cocaine. He says his parents put him to work to put food on the table.

It was in the clandestine coca plantations that he made his first contact with the EPL. They would pay him extra to run their errands. He would move drugs around and work for them as a lookout.

“So you delude yourself and you go. But then you realise that it’s actually bad.”

Tip of the iceberg

Once inside the armed group, children and teenagers are put to work in a number of roles, from carrying out basic errands to cooking, working in drugs labs run by the armed groups, collecting extortion fees, cleaning weapons and in some cases, working as sex slaves.

The United Nations says the number of children and teenagers being forcibly recruited by armed groups in Colombia has risen since 2016 when the government signed a peace deal with the largest of Colombia’s rebel group, the Revolutionary Armed Forces of Colombia (Farc).

The UN special representative for children and armed conflict, Virginia Gamba, warned that these numbers were only “the tip of the iceberg”. 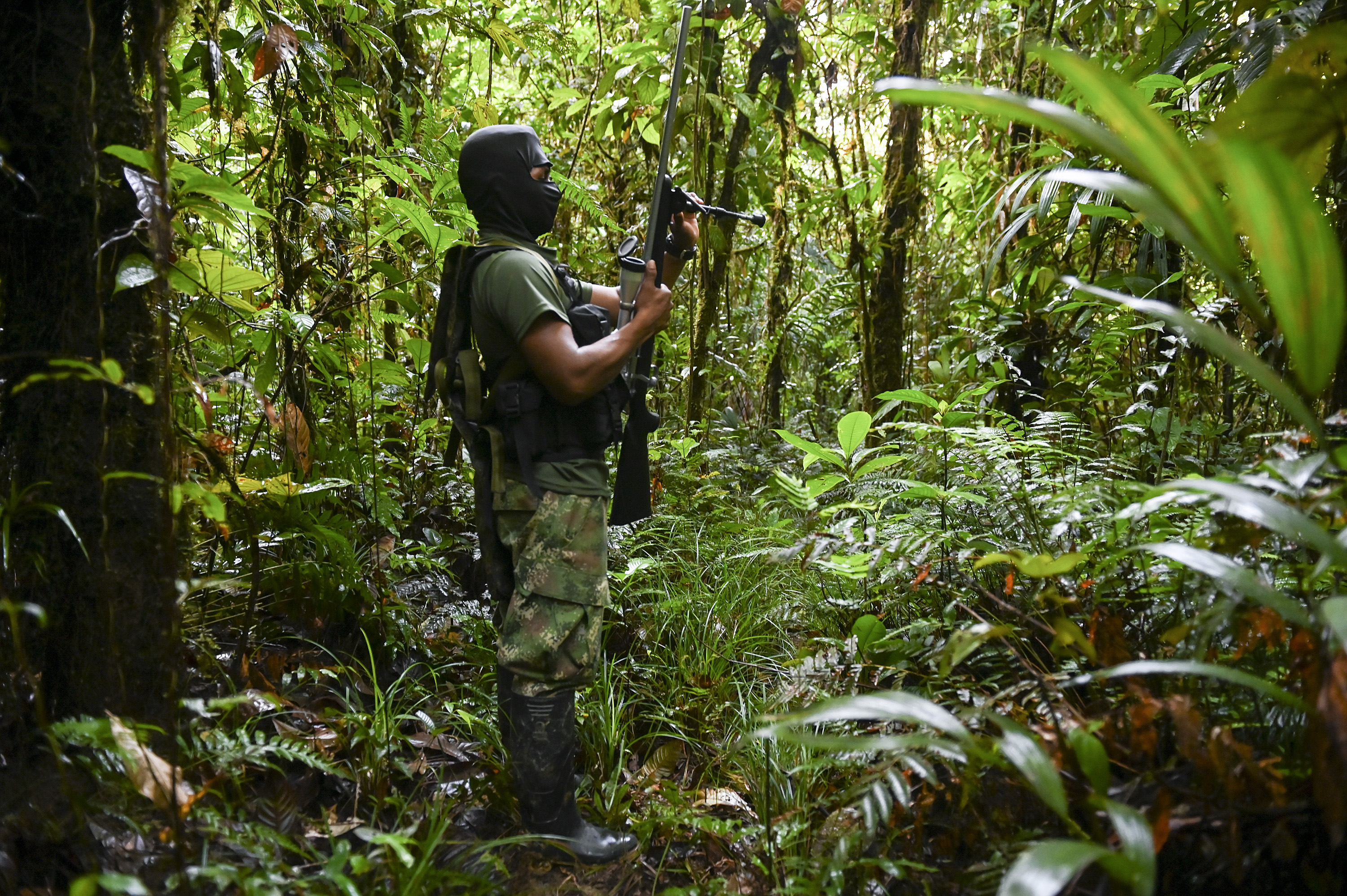 Forced recruitment of minors in Colombia

Source: UN Office of the Special Representative for Children and Armed Conflict

Most of the young people arriving at Benposta are from Colombia’s troubled Catatumbo region.

The region has become one of the country’s most violent following the demobilisation of the Farc rebels. Now the EPL and the National Liberation Army (ELN) battle for control of this northern section of the border with Venezuela.

And this area is not alone in seeing a rise in violence. Across Colombia, where the Farc have retreated from the cocaine trade that helped finance their operations, other groups are competing for their share of hefty profits.

As they expand, these groups set out to recruit new members.

Luis told the BBC that the EPL was offering children two million pesos (about $600; £400) to join its ranks, a small fortune in this part of the world.

He also said that they offered bonuses to those who could persuade their peers to take up arms, or identify their friends that might have joined the EPL’s rivals, the ELN.

Luis says he has turned his back on the violence for good. He is now enjoying school for the first time: “It’s really good because they’re helping to rehabilitate me and to get over what I went through,” he says.

“They support me through the good and the bad.”