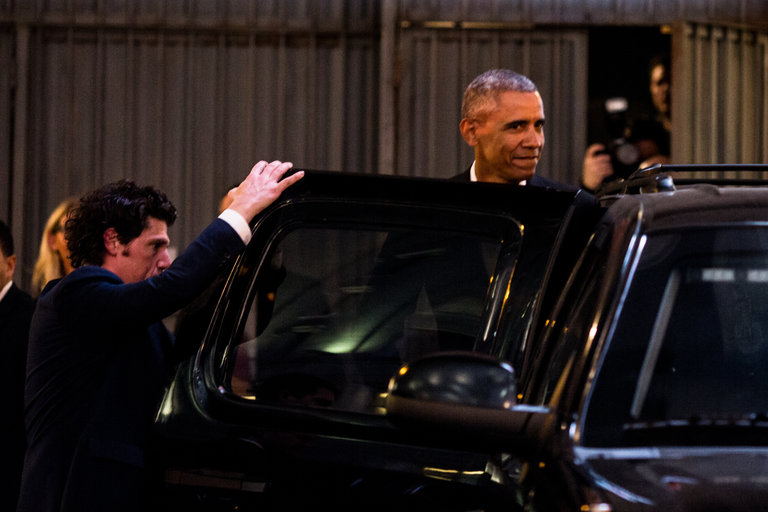 Former President Barack Obama, in Manhattan last month. Many questions about the Obamas’ books deal are unanswered — like the size of the advance and whether they are both memoirs.

When Penguin Random House announced last week that it had acquired world publication rights to two books by the former president and first lady Barack and Michelle Obama, the news led to intense speculation within the publishing world. Which of the company’s many imprints would release the books, and who would edit them? Are the Obamas both writing memoirs? And did the company really pay, as The Financial Times reported, some $65 million for the books?

Now at least a few of those details have emerged (though the company has not commented on the $65 million question). On Tuesday, Crown, a Penguin Random House imprint, announced that it will publish the Obamas’ books in the United States and Canada. No additional news about the books’ titles, publication dates and scope were released, and the terms of the deal, which was negotiated by Robert Barnett and Deneen Howell of Williams & Connolly, were not disclosed.

“Crown is honored to continue its publishing relationship with President Obama and Mrs. Obama, both of whom are transformative figures in today’s world,” Maya Mavjee, the president and publisher of Crown Publishing Group, said in a statement. “They will write deeply inspiring and illuminating books that draw upon their rich personal experience and dedicated public service.”

Crown is in many ways a natural publisher for the Obamas. The imprint published Mr. Obama’s best sellers “Dreams From My Father” and “The Audacity of Hope,” as well as “American Grown,” Mrs. Obama’s best-selling 2012 book about the White House kitchen garden.

While the post-White House memoir has become a well established political rite of passage, and a lucrative staple in the publishing world — the Reagans, Bushes and Clintons all published best-selling memoirs — the Obamas’ joint deal is unusual in many respects. It’s rare for a former president and first lady to sell their books together, in a single deal, and for them to be published by the same imprint. And while previous White House occupants landed multimillion-dollar contracts, the reported size of the Obamas’ deal, if accurate, would dwarf previous advances.

The Obamas plan to give away a significant portion of their advance to the Obama Foundation and other charities, their publisher announced. Penguin Random House will also give away one million books in the Obamas’ name to First Book, a nonprofit group that gives new books to children from low-income families.