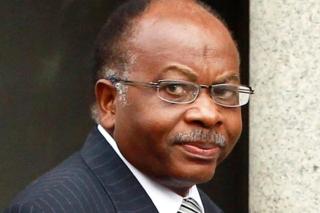 A surgeon who was jailed over a patient’s death at a private hospital in north-west London has won an appeal against his conviction.

David Sellu, 69, was handed a two-and-a-half-year prison term after being convicted of manslaughter by gross negligence in November 2013.

James Hughes, 66, was under Mr Sellu’s care when he died at the Clementine Churchill Hospital in Harrow in 2010.

He suffered a perforated bowel following a routine knee replacement.

The case against Mr Sellu, of Hillingdon, was based on the standard of his care over a period of approximately 25 hours.

At a recent hearing, the appeal judges heard the “essence” of the prosecution’s argument was that he should have performed an operation to repair a perforated bowel “at a much earlier time”.

But a QC argued on behalf of the doctor that his conviction was “unsafe” on a number of grounds.

Mr Sellu served 15 months of his jail sentence and was released in February 2015.

He was in court to hear that his conviction should be quashed.

The prosecution was given 24 hours to make an application if they wish to seek a re-trial.