Home Business Despite Pollution, Coal Plant Is Cleared to Reopen in New Delhi 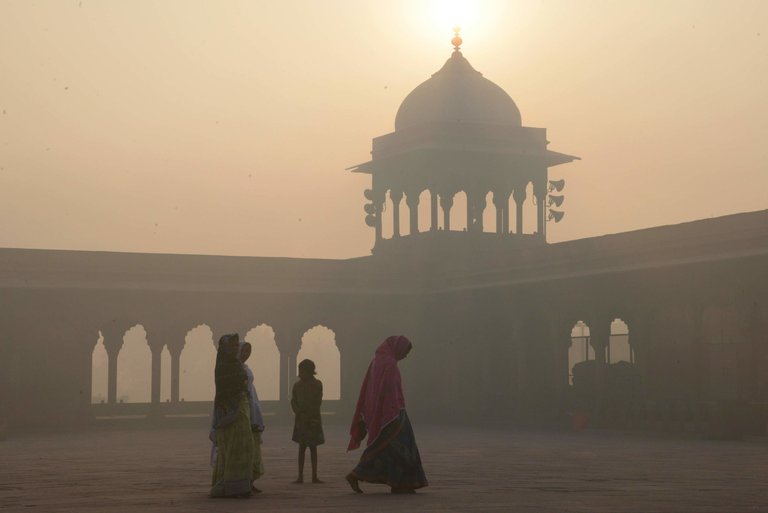 Smog shrouds the Jama Masjid mosque in an old section of New Delhi, which has been called the most polluted city in the world.

NEW DELHI — The 43-year-old Badarpur Thermal Power Station, a coal-burning plant on the edge of what has been called the world’s most polluted city, New Delhi, was quietly cleared to resume pumping smoke into the air last week.

In Parliament, around the same time, India’s environment minister dismissed a major study of global air pollution that found that high levels of particles in India cause more than a million people to die prematurely each year. The report, he told Parliament, was based on “models, simulations and extrapolations.”

And Indian officials have indicated in recent weeks that they will not observe a deadline for coal-burning power plants across the country to adhere to stricter emissions standards. Instead, the deadline may be shifted from the end of this year to a later, unknown, date.

Every winter, when cold air pushes down a blanket of pollutants and fine particulate matter on Delhi, newspapers are full of horror stories about air quality — more recently, the “Airpocalypse” — and political leaders call for urgent solutions.

But every spring, the clouds break, and city officials appear to suffer from a collective amnesia.

“The moment the air quality goes moderate, they’re willing to go back to normal — it’s basically work as usual,” said Aishwarya Madineni, an air pollution researcher based in Bangalore.

“I think the mind-set of both the government and the public is extremely episodic,” she said. “They wake up when there’s a crisis, and they switch off after that.”

The whipsaw policies have led some environmentalists to wonder if India really has a plan to tackle the alarming levels of air pollution in the country.

Part of the problem, experts say, is that the responsibilities for improving air quality are diffuse, spread across myriad departments in state, city and central governments. The central government in January enacted an action plan for Delhi’s air that prescribed various measures to be taken based on the level of air pollution. But the wide range of agencies, including the Delhi municipal and state governments, and states next to the area, means little has been accomplished, critics say.

“They’re not even following even 10 percent of what that action plan is asking them to do,” Ms. Madineni said. “To me, it’s clearly an implementation challenge that is being addressed haphazardly.”

Sayed Musawwir Ali, an official with Delhi’s environment department and a member of its pollution control committee, said the government was following the action plan “100 percent” but declined to confirm specific policies.

“Whatever is written in the plan we are doing,” he said.

Since the public increasingly views air pollution as one of India’s most intractable and urgent problems, a tension has grown between the country’s need to provide clean air for its citizens and the need to provide power to the nearly 300 million residents who live without electricity.

The Badarpur plant was reopened partly in anticipation of surplus power demand in Delhi in the summer, when temperatures reach a scorching 120 degrees and fans, coolers, and air-conditioners work overtime. It was closed in November in an effort to improve air quality.

But an analysis by Greenpeace India found that Delhi has adequate supply to meet its needs, and the power provided by the Badarpur plant is more expensive than energy that could be bought from the central grid. Even if Badarpur needed to reopen, said Sunil Dahiya, who wrote the report, it would not need to be used until June.

The government defended the reopening of the plant as being consistent with the action plan.

Mr. Ali said that when pollution conditions have become bad, the plant has been directed to stop operations temporarily.

Some experts say that the contribution of the Badarpur plant to Delhi’s air pollution is limited, even when it is running at capacity, and that a more efficient way to ensure better air would be to carry out the national emissions standards for thermal power plants that the Environment Ministry passed in December 2015.

Those standards require the country’s coal-based thermal power plants to keep emissions between 30 to 100 micrograms a cubic meter of particles, down from the 150 to 350 presently allowed, as well as limit other polluting gases.

But Piyush Goyal, the power minister, said on Feb. 13 that discussions with the Environment Ministry to delay that deadline were continuing, the Press Trust of India reported.

An official with the central government’s Environment Ministry could not be reached for comment.