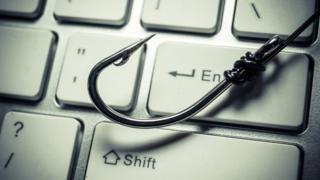 The addresses were then targeted in a series of phishing emails from “a malicious third party”.

The messages invited recipients to click on a link to a Microsoft Word document containing malware.

DocuSign says that no other information was accessed in the incident, and the e-signature service remained secure.

“No names, physical addresses, passwords, social security numbers, credit card data or other information was accessed,” the company said in a statement.

The company has advised people to delete any suspicious messages immediately.

The breach came to light when the company noticed an increase in phishing emails sent to some of their account holders last week.

According to a statement published on DocuSign’s website, “a malicious third party gained temporary access to a separate, non-core system that allows us to communicate service-related announcements to users via email”.

The emails included the DocuSign branding and appeared to come from addresses ending “docus.com”, a lookalike domain.

The subject line referred to either a wire transfer or an accounting invoice, saying: “Document Ready for Signature”.

A full copy of the email has been published on the TechHelpList website, which reported that the malware contained in the attachment could be used to steal passwords and banking credentials.

“Phishing is almost the default way of tricking people into giving away that information,” Keith Martin, professor of information security at Royal Holloway, University of London, told the BBC.

“Where it’s targeting a bank, for example, the senders are going to use headers and language that’ll make customers believe it’s their bank.

“With a generic phishing trawl, the message will go out and the more people who click the better – it’s literally like fishing, hoping to get some bites, chucking a message out there speculatively.

“With most, you don’t need a very high success rate to make money.”