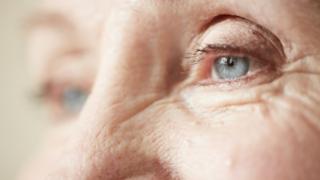 A drug that can reverse aspects of ageing has been successfully trialled in animals, say scientists.

They have rejuvenated old mice to restore their stamina, coat of fur and even some organ function.

The team at Erasmus University Medical Center, in the Netherlands, are planning human trials for what they hope is a treatment for old age.

A UK scientist said the findings were “impossible to dismiss”, but that unanswered questions remained.

The approach works by flushing out retired or “senescent” cells in the body that have stopped dividing.

They accumulate naturally with age and have a role in wound healing and stopping tumours.

But while they appear to just sit there, senescent cells release chemicals that cause inflammation and have been implicated in ageing.

The group of scientists created a drug that selectively killed senescent cells by disrupting the chemical balance within them.

“I got very rebellious, people insisted I was crazy for trying and for the first three times they were right,” Dr Peter de Keizer told the BBC.

On the fourth attempt he had something that seemed to work.

He tested it on mice that were just old (the equivalent of 90 in mouse years), those genetically programmed to age very rapidly and those aged by chemotherapy.

The findings, published in the journal Cell, showed liver function was easily restored and the animals doubled the distance they would run in a wheel.

Dr de Keizer said: “We weren’t planning to look at their hair, but it was too obvious to miss.”

He also said there were a lot of “grey” results – things that seemed to improve in some mice but not all.

The drug was given three times a week and the experiments have been taking place for nearly a year.

There are no signs of side-effects but “mice don’t talk”, Dr de Keizer said. However, it is thought the drug would have little to no effect on normal tissues.

When asked if this was a drug for ageing, Dr Keizer told the BBC News website: “I hope so, but the proof of the pudding is in the eating as you say.

“In terms of mouse work we are pretty much done, we could look at specific age-related diseases eg osteoporosis, but we should now prepare for clinical translation.”

Commenting on the results, Dr Dusko Ilic, a stem cell scientist at King’s College London, said: “The finding is impossible to dismiss.

“[But] until more high-quality research is done, it is better to be reserved about these findings.

“Though, I would not be surprised if manufacturers try to capitalise on this and, in a few years, we could buy this peptide as a supplement over the counter.”

But added: “The use of this peptide in patients is a long way away.

“It requires careful consideration about safety, about the appropriate group of patients for whom this peptide can be beneficial in a reasonable period of time so that positive effects can be easily measured at an affordable cost.”