Home Business Economic Trends: Janet Yellen and the Case of the Missing Inflation

But there is little evidence this cause-and-effect is actually happening.

The Fed has defined stable prices as inflation of 2 percent. Right now, not only are key inflation measures below that level, but they are also falling. The most recent reading of the inflation measure favored by the Fed is at only 1.5 percent. And the Consumer Price Index, excluding volatile food and energy prices, rose 1.7 percent over the year ended in May, down from 2.2 percent in February.

But at Wednesday’s meeting, only one official with a vote dissented from the rate increase: the Minneapolis Fed president, Neel Kashkari. Moreover, 12 of 16 Fed officials think that at least one more rate increase this year would be justified, based on newly released projections the central bank released.

This sure looks like a central bank that has set its course for 2017 and will continue on it unless strong evidence emerges that it has misread the state of the economy. The line between intellectual confidence and mere stubbornness can be thin, however.

Ms. Yellen emphasized that monetary policy “is not on a preset course” and that she and her colleagues “have taken note of the fact that there have been several weak readings” on inflation lately.

But, she added, “it’s important not to overreact to a few readings, and data on inflation can be noisy.” Twice, she mentioned factors that seem to be temporarily depressing inflation measures. A pricing war among mobile phone service providers has led to falling prices for cellphone plans, and prescription drug prices have made what appears to be a one-time drop.

In effect, she argued, brushing off those one-time drops is the equivalent of brushing off a one-time surge in, say, energy prices that may drive inflation higher but not affect the long-term trend on inflation.

But evidence from the bond market suggests that global investors aren’t so sure. The gap between rates on regular and inflation-protected bonds suggests that consumer prices in the United States will rise only 1.6 percent a year in the next five years, down from 2 percent in March. Even for the five years after that, the rate of inflation implied by bond prices has fallen from 2.1 percent to 1.9 percent.

The recent inflation numbers are not so low as to suggest some deflationary spiral is imminent. It’s probably not worth obsessing too much over prices rising 1.5 percent instead of the targeted 2 percent. The direct cost of mildly undershooting the Fed’s inflation target is low, favoring creditors over debtors, for example, but it’s not likely to cause any broad economic distress.

What is worrisome is not direct economic damage, but the fact that the Fed has missed its (arbitrary) 2 percent target in the same direction — undershooting — year after year. If it’s not a drop in prices for cellphone plans, it’s a falloff in oil prices, or cheaper imports because of a strong dollar.

That in turn implies that the low-growth, low-inflation, low-interest-rate economy since 2008 isn’t going anywhere. This would prove especially damaging if the economy ran into some negative shock; a lack of Fed credibility could leave it less able to prevent a recession. Already, the combination of lower inflation and interest-rate rises adds up to higher “real,” or inflation-adjusted, interest rates, which could constrain growth in the quarters ahead. 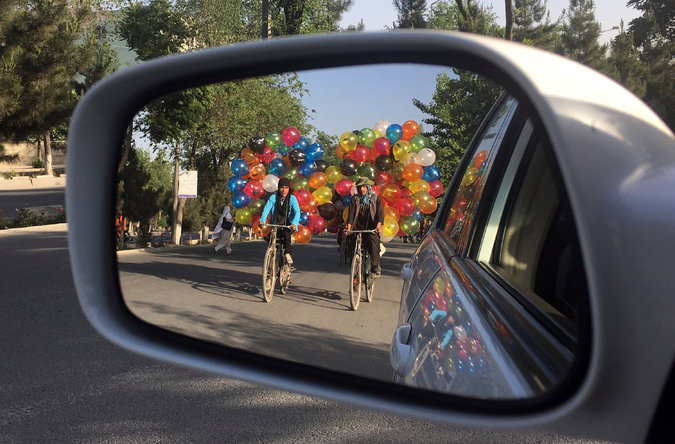 Setting monetary policy, it has been said, is like trying to drive a car by looking only in the rearview mirror. If that’s so, the Fed has tended to optimistically see colorful balloons and higher future inflation. At least in terms of inflation, it hasn’t panned out.

Setting monetary policy, it has been said, is akin to driving a car by looking only in the rearview mirror. When Federal Reserve officials set interest rate policy, they can look only at how the economy has performed in the past and feed information into models to make decisions that will not show their effects until months into the future.

Ms. Yellen has earned the benefit of the doubt as an economic forecaster: Her abilities to peer into the rearview mirror and direct the car appropriately are strong. She was early to understand the peril of the financial crisis and the need for aggressive monetary intervention, according to transcripts of Fed meetings from 2007 to 2010. Her decision to plod ahead with gradual rate increases as chairwoman looks pretty good so far — the job market is looking healthier than it has in a decade.

There’s a good chance the Yellen chairmanship will end early next year, if President Trump declines to reappoint her. For the sake of the economy, we should hope she has one more good call in her, and that the June 2017 Fed meeting is one we soon forget.