Home Business Entrepreneurship: How Much Did That Zipper Cost? With Transparency Pricing, You Know...

For instance, a black organic cotton print T-shirt, advertised as vegan, organic and skin-friendly, costs about $110 (in the European Union, a price that includes the value-added tax) or $90 (elsewhere, without that tax). Among the extensive details customers can learn about the shirt online are that the hang tag (67 cents) is made of 100 percent wood-free cellulose and buffered with calcium carbonate, and the T-shirt itself was knitted and assembled in Germany and cost the retailer about $13.50. (All prices were converted from euros.)

Mr. Pieters explained by email that his decision to present his products this way stemmed from his time at a major fashion house.

“I saw how the companies I worked for and others would move their production from Belgium or France to Vietnam or India, but would still be asking the same prices they asked before,” he said. Other ethical concerns, like fair wages, also informed his decision, Mr. Pieters said. 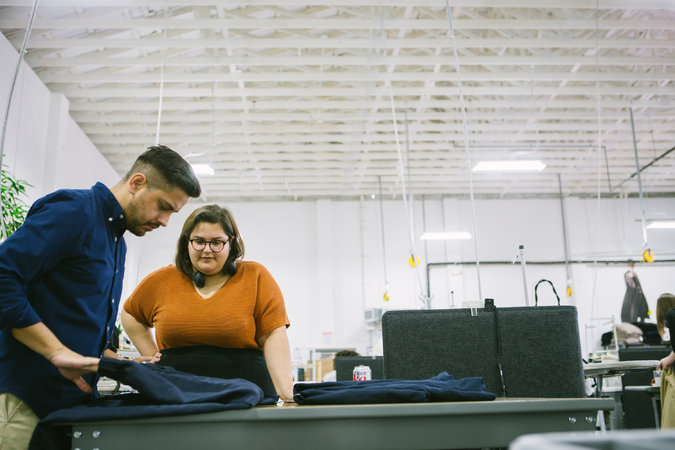 At Elizabeth Suzann in Nashville. Elizabeth Pape, the owner, used a blog post to get specific not only about what it takes to produce one of her garments, but also about the economics of running her business.

Scott Gabrielson, who got the idea for his accessories and leather goods company, Oliver Cabell, while working on his M.B.A. at Oxford, said the ability to sell directly to consumers online had a big influence on his decision to use transparency pricing. He wanted to show that, by eliminating brick-and-mortar and other built-in costs, clothing sellers could save shoppers money.

“By cutting out traditional wholesale, you can sell directly to consumers and have a much higher quality product for a much lower price point — the pure economics make that work,” Mr. Gabrielson said.

One of his biggest challenges, however, has been convincing shoppers that the goods he sells are worth the cost, particularly when all that people have to go on are the pictures on his website.

Such skepticism may be on the wane, however, as consumers migrate online from malls and brick-and-mortar retail stores. Natalie Grillon, founder of Project Just, which collects ethics and sustainability data on fashion brands, said she thought transparency pricing would give a leg up to retailers that used it.

“We’ve lost the understanding of the value of the clothes we buy,” Ms. Grillon said. “Pricing transparency and stories behind the scenes help the shopper navigate the decision to pay for a more expensive product.”

For some clothing companies, price transparency is used as a one-off or occasional tool. Take, for example, the New York-based men’s wear brand Noah, which says it tries to merge “the rebellious vitality of skate, surf and music cultures with an innovative appreciation of classic men’s wear.”

Brendon Babenzien, Noah’s owner, said consumers had gotten “very used to paying inexpensive prices for things.” To help them understand the industry, he broke down the production and pricing details of a signature product, his two-toned parka.

Mr. Babenzien’s aim is to open shoppers’ eyes to the true cost of making high-quality clothes.

At the opening of a store in London, Mr. Babenzien wrote on his website: “This kid basically walked straight up to me and asked me why one of our jackets costs so much. In his hand, he held a taped seam, water-resistant jacket that I had taken part in making several years ago. He loved it.”

The “kid,” Mr. Babenzien said, asked him: “This jacket has taped seams and cost less than the Noah jacket, which doesn’t have taped seams. Why is that?”

At this point, the store owner said, “I was salivating at the chance to talk about it.”

He told the shopper that “the things we make generally will last longer than other items that are designed to expire quite quickly,” that “cloth often determines the life of a garment” and that “the old saying, ‘you get what you pay for’ is very, very real.”

Going forward, Mr. Babenzien said he planned to use cost breakdowns strategically, in cases when a product might appear to be costlier than a customer might expect.

Other retailers have had similar frustrations. Elizabeth Pape, owner of the women’s retail clothing company Elizabeth Suzann, says the easy availability of cheap clothing has made consumers contemptuous of costlier items, even if they will last longer.

In a blog post, “Money Talk,” on her brand’s website, Ms. Pape gets specific not only about what it takes to produce one of her garments, but also about the economics of running her business. As discount companies like H&M, Zara and Forever 21 started undercutting the prices of places like Gap, J. Crew and Macy’s, those companies cut their prices to compete.

“This has created the perfect environment for the pervasive view of clothing as disposable,” Ms. Pape wrote.

By contrast, the $185 Artist Smock that she discusses in her blog post is “cut and sewn to order, just for you, in our Nashville studio.” The smock is made from $31.74 worth of material. Labor — including cutting, sewing and washing — comes in at $20.89. Labor and material wastage, which she describes as time used to take breaks and leftover scraps of material that inevitably go unused in the production of the garment, costs $10.53, which brings the total cost of producing the smock to $63.16.

Some shoppers care more about the conditions under which clothing is produced and less about the pricing breakdown. Page Perrault, 28, a banking analyst based in Athens, Ga., who shops at both Elizabeth Suzann and Everlane, an online retailer that advertises “radical transparency,” likes to see why brands price items the way they do. But she doesn’t consider the practice a driving factor in her purchases. “It’s nice to have, but it’s not required,” she said.

Vincent Quan, a professor of business management at the Fashion Institute of Technology, sees the practice as valuable to some consumers — particularly those who are environmentally conscious — but probably of limited use to people who cannot afford to pay extra for finer clothes. “Is pricing transparency transferable to larger brands?” he asked rhetorically.

An earlier version of this article misspelled the surname of the owner of the men’s wear brand Noah. He is Brendon Babenzien, not Babenzian.