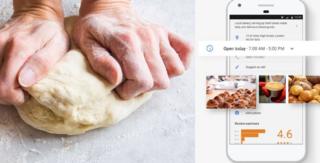 A Manchester-based company that pretended it was linked to Google has been closed following an investigation by the UK’s Insolvency Service.

The agency said Movette had used “deceptive methods” to bill clients for the use of Google My Business – a free service provided by the US search firm.

Movette had been in business for two-and-a-half years before being wound up in the High Court.

It had received more than £500,000 in fees before the intervention.

Google My Business is a service that encourages companies to share information and images about themselves to help the tech firm display relevant listings in its Search and Maps tools.

Movette had charged its victims between £199 to £249 a year to manage their entries.

The Insolvency Service said the firm had:

The agency said its probe had followed “a significant volume” of customer complaints.

“This company contacted me telling me my Google page was about to expire and following a conversation claimed I had bought their services,” wrote one on the Who Called Me site.

“Now they hound me every day demanding money and threatening to send in bailiffs. They always ring on withheld number but the number to call back on is a premium number. Clearly it’s a scam.”

Another posted on business reviews website Trustpilot: “Complete liars, rude arrogant… they claim the verbal contracts are legally binding and cannot be cancelled. Do not believe them.”

The Insolvency Service noted that Movette had operated a “very similar business” to another company – Online Platform Management Consultants Ltd – which had shut in April 2015 after operating from the same Manchester address.