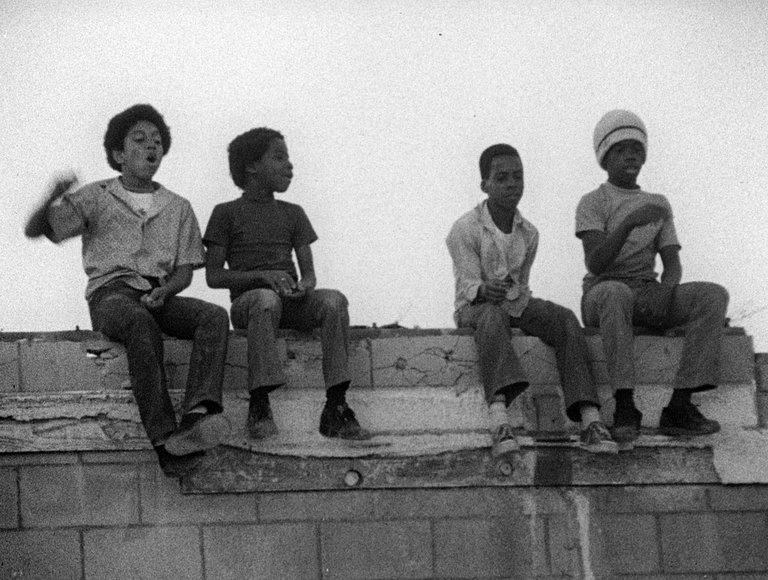 Charles Burnett’s “Killer of Sheep,” a portrait of a working-class family in the Watts section of Los Angeles, will show at IFC Center starting next week.

Our guide to film series and special screenings. All our movie reviews are at nytimes.com/reviews/movies.

FORBIDDEN COLORS: RYUICHI SAKAMOTO AT THE MOVIES at the Quad Cinema (May 12-15). The Cannes Film Festival opens next week, and for attending journalists, that means bracing for serious cinema, long lines and way too many espressos. Brian De Palma imagined a more glamorous version of the experience in “Femme Fatale” (Sunday and Monday), which opens with a wildly elaborate jewel heist in the festival’s Grand Théâtre Lumière. The sequence is made even more sinuous by the score, a riff on Ravel’s “Boléro” composed by Ryuichi Sakamoto, whose music is celebrated in this series. His other credits include “The Last Emperor” (Friday and Saturday) and the 1990 film version of “The Handmaid’s Tale” (Sunday and Monday). Mr. Sakamoto will appear in person at several screenings. At Saturday’s showing of “The Last Emperor,” he will participate in a Q. and A. with the Talking Heads frontman David Byrne, who also wrote compositions for the film, which won an Oscar for original score.
quadcinema.com

‘KILLER OF SHEEP’ AND ‘BLESS THEIR LITTLE HEARTS’ at IFC Center (starting May 17). In “Los Angeles Plays Itself,” a clip-based documentary about how that city has been depicted in movies, Thom Andersen holds up Charles Burnett’s “Killer of Sheep” and Billy Woodberry’s “Bless Their Little Hearts” as rare works that captured Los Angeles as it was instead of distorting it to fit a fantasy vision. Both films were products of the so-called L.A. Rebellion, a name given to a movement of filmmakers who attended U.C.L.A. and then turned their cameras on the city’s underrepresented neighborhoods. Turning 40 this year, “Killer of Sheep” is a poetic portrait of a working-class African-American family in Watts; the title refers to its patriarch, a slaughterhouse worker (Henry G. Sanders). In some ways a companion piece, “Bless Their Little Hearts,” written and photographed by Mr. Burnett, follows a Watts family struggling to make ends meet.
212-924-7771, ifccenter.com

PEAK PERFORMANCES at BAM Rose Cinemas (May 12-24). Finished with your “Twin Peaks” rewatch already? Then prepare for that David Lynch series’s return by exploring the extended filmographies of its cast, laid out in this eclectic BAM program almost as a daisy chain. Sheryl Lee stars in two very different prequels: “Twin Peaks: Fire Walk With Me” (Friday), which follows Laura Palmer over the days leading up to her murder, and “Backbeat” (Tuesday), about the Beatles’ early years. “Backbeat” screens the same evening as “The Doors,” with Kyle MacLachlan, a long way from coffee and cherry pie, tickling the ivories as Ray Manzarek, the band’s keyboardist. And “Twin Peaks” wasn’t even Ray Wise’s first experience with disembodiment: He played the soon-to-be-transmogrified scientist in “Swamp Thing” (May 23).
718-636-4100, bam.org