Home Entertainment Fran Jeffries, an Actress Who Performed a Sexy Samba in ‘The Pink... 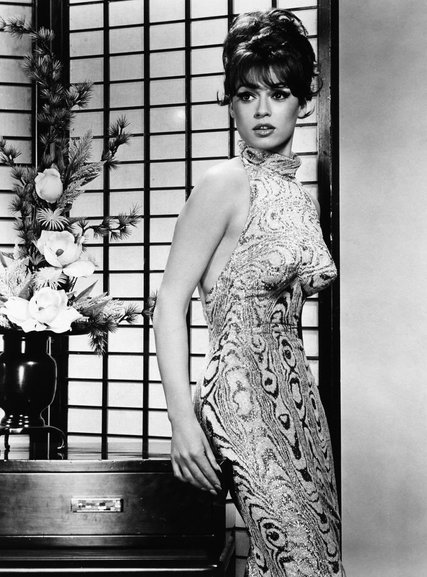 Fran Jeffries in an undated publicity photo. In addition to films, she sang on the cabaret circuit and recorded several albums.

Fran Jeffries, a lithe, silky-voiced singer and dancer who performed a showstopping samba in the 1963 film “The Pink Panther” and tantalized Tony Curtis with a seductive performance of the title song in “Sex and the Single Girl” a year later, died on Thursday at her home in Los Angeles. She was 79.

The cause was multiple myeloma, her granddaughter Zoë Sandler said on Tuesday.

Ms. Jeffries was well known on the cabaret and Las Vegas circuit as the singing partner of Dick Haymes, her husband, when the director Blake Edwards added a scene in “The Pink Panther” to showcase her talents.

Dressed in a black cat-suit and singing in Italian, she slithered her way around an Alpine ski chalet performing the Henry Mancini song “Meglio Stasera” (English title: “It Had Better Be Tonight”), as the bewitched cast looked on.

She was born Frances Ann Makris on May 18, 1937, in Mayfield, Calif., near Palo Alto. Her father, Stephen, was a Greek immigrant who moved the family to San Jose to open a restaurant when she was young. Her mother, the former Esther Gautier, was a homemaker.

In her early teens Frances won a local talent contest, the Del Courtney Amateur Hour, performing the Betty Grable song “What Did I Do?” She took home a Bulova watch and a sack of groceries.

After graduating from high school she began singing in San Francisco nightclubs as part of a trio. One night she found herself on the same bill with Mr. Haymes, a crooning balladeer in his 40s. They formed a duo, married and for the next several years enjoyed success in nightclubs, cabarets and Las Vegas casinos.

Ms. Jeffries’s first marriage, to the pianist Ed Blasco, had ended in divorce, as would her marriage to Mr. Haymes and to three subsequent husbands. In addition to Ms. Sandler, she is survived by a daughter, Stephanie Haymes-Roven, and another granddaughter.

After appearing in a bit part in the 1958 film “The Buccaneer,” Ms. Jeffries sang and danced her way through a brief film career. Her third husband, the director Richard Quine, cast her in two of his films, “Sex and the Single Girl” and, in a nonsinging role, “A Talent for Loving” in 1969. She played the femme fatale Aishah in the Elvis Presley movie “Harum Scarum” in 1965.

In the late 1960s and early ’70s she toured Europe with Sammy Davis Jr. and Southeast Asia with Bob Hope. She performed for decades in supper clubs and cabarets, and in 2000 recorded a set of ballads and standards, “All the Love.”