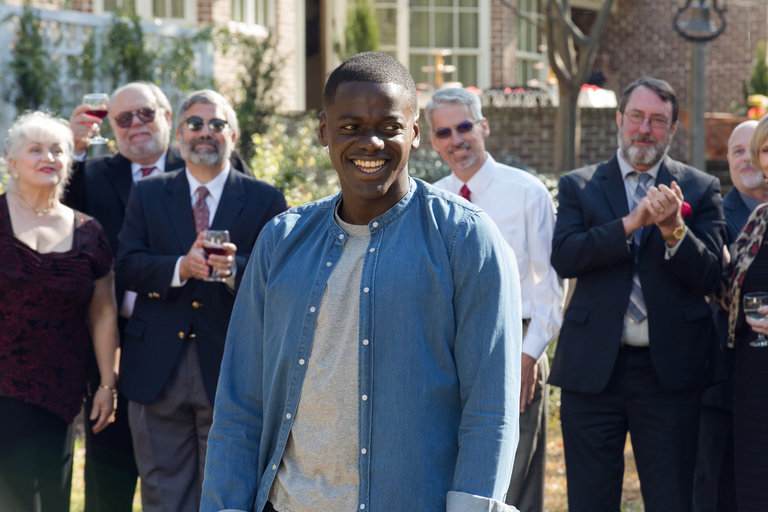 Daniel Kaluuya as Chris in “Get Out,” a film directed by Jordan Peele.

LONDON — Daniel Kaluuya, the star of the satirical horror movie “Get Out,” this week countered Samuel L. Jackson’s comments that he would have preferred to see a black American actor in the movie’s lead role.

“Get Out” stars Mr. Kaluuya, who is black and British, as a young African-American man who visits his girlfriend’s family and quickly discovers that their antipathy toward black people extends beyond subtle jabs.

“I love all my black brothers and sisters worldwide, and that’s my position,” Mr. Kaluuya told the BBC in an interview, which was partially published online on Tuesday. “I’ve lost out on a lot of roles because I’m black,” he added.

In an interview with GQ that was published online on Monday, Mr. Kaluuya praised Mr. Jackson — “he has done a lot so that we can do what we can do” — but found fault with his critique.

“When I’m around black people I’m made to feel ‘other’ because I’m dark-skinned,” Mr. Kaluuya said. “I’ve had to wrestle with that, with people going ‘You’re too black.’”

“Then I come to America and they say, ‘You’re not black enough,’” he continued. “I go to Uganda, I can’t speak the language. In India, I’m black. In the black community, I’m dark-skinned. In America, I’m British. Bro!”

Last week Mr. Jackson told the New York radio station Hot 97 that he thought an “American brother” would have added perspective to the lead role in “Get Out,” and suggested that the United States has a more arduous relationship with race than Britain does. He later clarified his comments, saying that his criticism was aimed at Hollywood as a whole, rather than at the creative team on “Get Out.”

With his comments, Mr. Jackson stepped into a growing debate in Britain about the lack of opportunities for minority actors in British movies and television. Prominent British actors including Naomie Harris, Idris Elba and David Oyelowo have all publicly addressed the issue.

In his interview with GQ, Mr. Kaluuya seemed to rebut Mr. Jackson’s comments about the black experience in Britain being less fraught than that in the United States.

“Police would round up all these black people, get them in the back of a van, and wrap them in blankets so their bruises wouldn’t show when they beat them,” he said, citing riots in London that have pitted black citizens against the police. “It’s not in the mainstream media. Those stories aren’t out there like that,” he said, adding, “I just want to tell black stories.”

Over the weekend, the writer and director of “Get Out,” Jordan Peele, made history as the first black moviemaker to earn $100 million with a debut film. “Get Out” will be released in the United Kingdom on Friday.