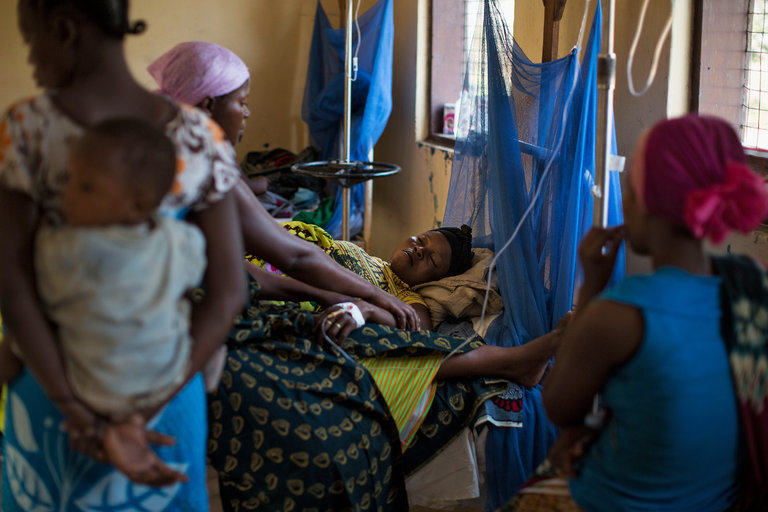 A woman being treated for malaria at medical center in Tanzania.

An experimental malaria vaccine tested in varying doses provided 55 percent protection for one year to a few volunteers, a study released Monday said.

The vaccine, made by Sanaria, contains thousands of live malaria parasites weakened by radiation; the parasites create an immune response but do not persist in the body for long. The radiation is applied to mosquitoes carrying the parasites, which then are gathered from the insects’ salivary glands.

Several teams, each using a different principle, have tried for decades to develop a malaria vaccine, but complete, long-lasting protection has proved elusive.

In the current study, published by Nature Medicine, 55 volunteers were broken up into five groups who received different doses through different routes. Very high doses injected into muscles did not work. Neither did five small intravenous doses, nor three medium ones.

Some volunteers dropped out “because they were University of Maryland students, and they go to grad school or med school or work,” said a study author, Dr. Robert A. Seder of the National Institute of Allergy and Infectious Diseases, which oversaw testing.

Five of the 20 volunteers who received intravenous doses of 270,000 weakened parasites remained uninfected even after being bitten by mosquitoes with malaria three weeks after the final inoculation, at six months and again after a year.

Adjusting the figures for dropouts and for the fact that even the mosquitoes weren’t perfect at transmitting malaria, the “cumulative vaccine efficacy” was 55 percent, the authors said.

The Army wants a vaccine that will give soldiers better than 80 percent protection for six months to a year, Dr. Seder said, and travelers may be interested in one that works for six months.

Using the vaccine to fight malaria in African children is Sanaria’s eventual goal. “In Africa, we’ve given up to 1.8 million parasites safely,” Dr. Seder said. “As we keep going up in dose, the results get better.”