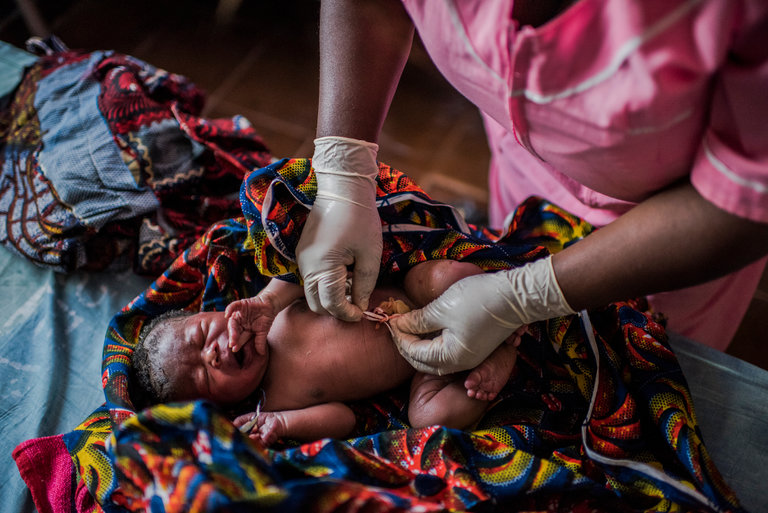 A gel used to prevent infections in the umbilical cord stumps of newborns was endorsed by the European Medicines Agency last week, an important step toward distribution of the disinfectant in poor countries.

Infections of the stump, after it is cut and clamped or tied, kill many newborns. Families and midwives have been known to put butter, turmeric, ash, cow dung and even rat feces on stumps to promote healing; many babies die of tetanus.

The new gel, a joint venture of Save the Children and the pharmaceutical company GSK, contains chlorhexidine, also used in a disinfectant mouthwash the company makes.

The gel, called Umbipro, needs no refrigeration and comes in a sachet that can be opened without scissors.

In 2012, a United Nations commission estimated that such a product could save almost 85,000 babies a year.

Save the Children advised the company on what to put on the pictorial instructions that come with the gel, said Dr. Pauline Williams, GSK’s head of global health research and development.

For example, the nonprofit suggested that a baby be shown in an illustration wearing a warming cap, and officials discouraged use of a diagram showing an eye with a red slash through it, intended to indicate the gel is not for use in eyes.

GSK will initially make six million sachets and sell them at cost. The company will not patent the design and will help small manufacturers in poor countries make their own versions, Dr. Williams said.

In 2011, the World Health Organization released a list of 30 basic, inexpensive drugs or items that every clinic in the world should have to save mothers’ and children’s lives. Chlorhexidine disinfectant was on the list, along with antibiotics, intravenous saline, zinc, oral rehydration solution and other simple interventions.

In 2010, an American study of hospital infections found that washing the skin with a chlorhexidine-alcohol solution before surgery resulted in far fewer postoperative infections than the povidone-iodine solution that most hospitals used.