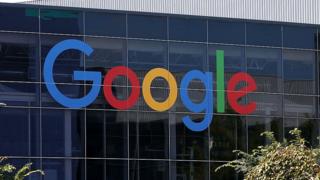 Google was charged £36.4m in UK corporation tax last year, according to its annual results.

Google and other major tech firms have come under pressure over their tax arrangements.

The firm paid about £25m in UK tax last year, but said it expected to make a further payment of about £12m.

A Google spokesman said: “As an international business, we pay the majority of our taxes in our home country, as well as all the taxes due in the UK.

“We have recently announced significant new investment in the UK, including new offices in Kings Cross for 7,000 staff.”

Google is adamant that it is paying the 20% rate of corporation tax on its UK profits that businesses have to pay.

But the debate over its tax affairs is likely to rumble on, because of the way in which it organises its activities across international borders.

Google declared turnover of just over £1bn in the UK in the year to last June.

But the latest accounts filed in the US by Alphabet, Google’s parent company, show UK sales of more than £6bn.

One reason for the discrepancy is that it treats its business here as a development and marketing services operation.

Sales are booked in Ireland, where the tax rate happens to be lower.

Google agreed to pay £130m in back taxes to the UK last year, which was widely criticised as not being enough.

The sum covered money owed since 2005 and followed a six-year inquiry by Her Majesty’s Revenue and Customs.

George Osborne, who was chancellor at the time, described the deal as a “victory”, but Labour’s John McDonnell said the sums were “trivial”.

The agreement came after years of criticism of Google and other multinational firms over their tax arrangements in the UK and across Europe.