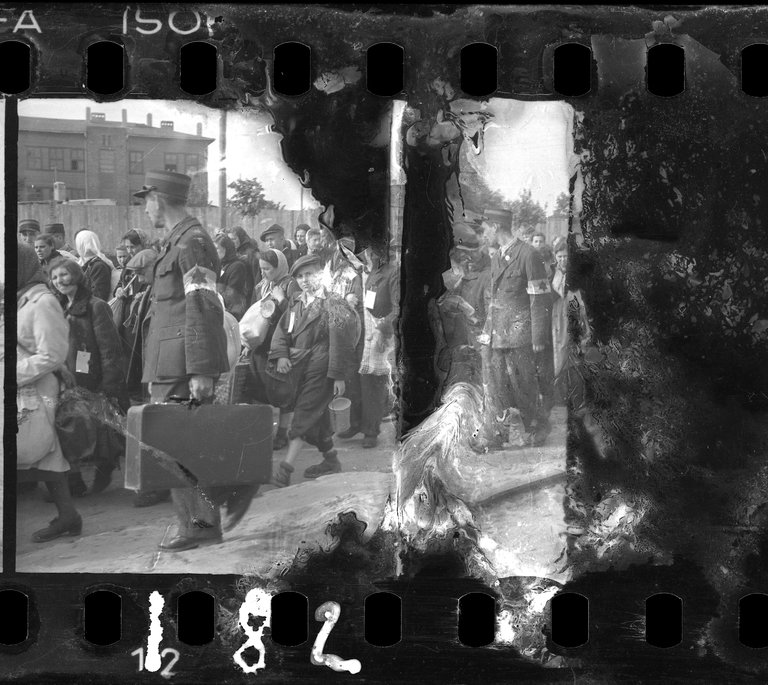 One of Henryk Ross’s images of life in the Lodz Ghetto.

The Museum of Fine Arts, Boston, unveils “Memory Unearthed: The Lodz Ghetto Photographs of Henryk Ross” on Saturday, March 25. The exhibition revisits the human ordeal of World War II through previously unknown images of life in one of the many ghettos the Nazis built to isolate Jews and streamline deportation to concentration camps. These images reflect the determination of Henryk Ross, a talented Polish Jewish photojournalist and a rare Lodz Ghetto survivor, to document what he called “our martyrdom.” Between 1940 and 1944, Ross took carefully staged fictions of ghetto life that served as Nazi propaganda, but he also secretly recorded the grim realities of what truly happened. As the war wound down, he buried 6,000 negatives in the ghetto, returning after Germany’s surrender to find half intact. Ross eventually moved to Canada, where he died at 81 in 1991. In 2007, the Archive of Modern Conflict donated all of his negatives and contact prints to the Art Gallery of Ontario in Toronto, which organized this exhibition. (Through July 30; mfa.org.)