The selfie that he took with the chancellor and posted to his Facebook page was widely shared on social media, and became an emblem of her immigration policy. But Ms. Merkel’s stance on refugees has shaken her support and has helped propel the rise of the populist, far-right Alternative for Germany party.

Mr. Modamani has filed for an injunction in a court in Würzburg, in the southern German state of Bavaria, that would require Facebook to remove any content linking him to terrorism.

His lawyer, Chan-jo Jun, says that even though his client deleted the photograph and requested that it be taken down in some postings, it still appears on other people’s social media pages and in fake news reports accusing him of having links to terrorism. The image has been used with posts about the attacks in Brussels last year and on a Christmas market in Berlin. Recently, someone posted Mr. Modamani’s photograph on Facebook and said that he had been involved in a December attack in which a homeless man in Berlin was set on fire.

Mr. Modamani’s lawyer argued that his client would continue to be a victim of libel until Facebook used its algorithms to prevent the image from being reproduced.

“I want peace in my life,” the teenager told reporters after the hearing. “Not everyone believes that. Many people hate me, but all I did was take a selfie with Ms. Merkel.”

How Europe Protects Your Online Data Differently Than the U.S.

All the talk about data privacy can get caught up in political wrangling. But the different approaches have practical consequences for people, too. 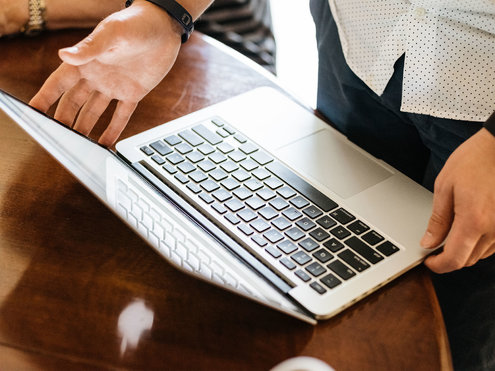 What is Facebook’s defense?

The social media giant says it is committed “to meeting our obligations under German law in relation to content which is shared by people on our platform,” and has removed images reported to the company by Mr. Modamani’s lawyer.

But Facebook says that the case involves defamation, not its community standards. That would mean the individuals who posted the images of Mr. Modamani would be held responsible, not Facebook.

What happened in court on Monday?

In opening remarks to the court, Mr. Jun argued that Facebook had the technical ability to delete the image and prevent any copies from being posted. Lawyers for the social network insisted that it had removed any images flagged as defamatory, and that it was up to users to inform them of such material.

After nearly two hours of arguments, during which Mr. Jun called Facebook’s argument that it could not find and remove every copy of the image “ridiculous,” both sides rejected a suggestion by the judge that they settle the matter with Facebook paying damages without any further proceedings.

Judge Volkmar Seipel said that the case raised questions about personal rights in the digital sphere that the law has not kept up with and that the court may not be in a position to answer. A ruling is expected on March 7.

How is Facebook fighting hate speech and fake news?

At first, the social network dismissed accusations that it had influenced the United States election by spreading misinformation. But Mark Zuckerberg, Facebook’s chief executive, has since taken steps to bolster how the company handles such complaints.

Last month, Facebook updated its Trending Topics feature, which offers links to popular subjects, to better promote links to reliable news outlets. It also teamed with news organizations, including The Washington Post, El País of Spain and the German nonprofit news organization Correctiv, to offer curated news reports to some of its 1.8 billion users. In France, Facebook and Google are working with domestic news outlets to ensure that fake news reports are not published on its platform.

Critics say those efforts do not go far enough.

What other legal battles is Facebook fighting in Europe?

This is far from the only legal challenge the social network faces in Europe.

On Tuesday, an Irish court is set to decide whether Facebook misused Europeans’ digital data by transferring it to the United States.

That case against Facebook, which has its international headquarters in Dublin, follows a European Court of Justice ruling in 2015 that invalidated a previous data-sharing agreement between Europe and the United States.

Privacy advocates say Facebook broke European data protection rules by moving users’ information across the Atlantic. The company denies the allegation. Legal experts say the case will eventually be sent to the European Court of Justice.

An earlier version of this article misstated the date that a ruling is expected from a German court. It is March 7, not March 3.