Ms. Waldman had discovered microdosing, an illegal but voguish drug regimen in which devotees seek to enhance creativity, focus and mental balance by ingesting regular, barely perceptible doses of hallucinogens like LSD or psilocybin mushrooms.

Forget “turn on, tune in, drop out.” To recent converts like Ms. Waldman, who recounts her microdosing journey in a new memoir, “A Really Good Day: How Microdosing Made a Mega Difference in My Mood, My Marriage, and My Life,” to be published by Alfred A. Knopf next week, it’s a new psychedelic era. For them, LSD is less a kaleidoscopic mind expander than a humble mood enhancer, as subtle and quotidian as Prozac.

A 52-year-old mother of four whose usual definition of “excess” is a wine spritzer, Ms. Waldman may seem an unlikely proselyte for a second Age of Aquarius. Lately, however, the topic of microdosing has gained currency outside drug-enthusiast circles.

In 2011, James Fadiman, a Bay Area psychologist who studied under Timothy Leary, published “The Psychedelic Explorer’s Guide: Safe, Therapeutic, and Sacred Journeys.” Since then, microdosing has been embraced by a subculture of boundary-pushing (and law-flouting) career-minded people as something of an illicit, chemical form of yoga — an alternative health regimen intended to bring mental balance, as well as enhance productivity.

Influential podcasts like “Reply All” and “The Tim Ferriss Show” helped popularize the concept, which has caught on in Silicon Valley, where some were already receptive to the concept of psychedelics. This may be thanks to Burning Man, the annual bacchanalia-cum-tech mixer held in a western Nevada desert, as well as Steve Jobs’s revelations about his youthful psychedelic forays.

And the message has spread. One microdosing forum on Reddit has more than 11,000 subscribers, and the practice has been picked up as a trend du jour in publications as diverse as Vice, Marie Claire and Inc, which tend to profile a handful of anonymous professionals who say they have achieved an enhanced “flow state” at work through the practice. 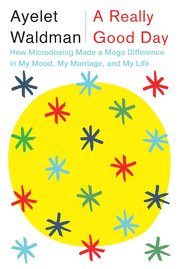 Ms. Waldman, however, was drawn to microdosing not so much as a career propellant, but as a last-ditch attempt to find mental equilibrium. Countless prescription pharmaceuticals had failed to stabilize her chronic mood disorders, including depression and Bipolar II disorder, and, more recently, her premenstrual dysphoric disorder, a particularly disabling form of premenstrual syndrome.

Her tempestuous psyche, she said, was tearing apart her marriage and raising thoughts of suicide.

“I didn’t do this on a lark,” she said, wearing black yoga pants and a fleece jacket over breakfast at Brooklyn Farmacy & Soda Fountain, a retro-style diner in Carroll Gardens, on a recent visit to New York. “I did this because I was afraid I was going to kill myself.”

From the outside, such an admission may seem surprising given Ms. Waldman’s bona fides. After starting her career as a corporate lawyer in New York, and later working as a public defender in Southern California (she graduated from Harvard Law School in the same class as Barack Obama, in 1991), Ms. Waldman, who was born in Israel, transitioned to a writing career. She has published seven installments of her “Mommy-Track Mysteries” series, along with four other novels, including “Love and Other Impossible Pursuits,” which was adapted into the 2011 Natalie Portman film “The Other Woman.”

Her husband, Mr. Chabon, is also a celebrated novelist, the winner of the 2001 Pulitzer Prize for “The Amazing Adventures of Kavalier & Clay.”

As a hard-charging career woman, Ms. Waldman never felt drawn to recreational drugs, she said. The closest thing she had experienced to an acid trip was an underwhelming psilocybin half-trip during her freshman year at Wesleyan University.

Nevertheless, her mood swings in recent years had become so serious with the hormonal changes of premenopause that she was open to anything, Ms. Waldman said. And that is when she found Dr. Fadiman’s book. (She declined to discuss the exact timing of her microdosing foray, citing statute-of-limitations concerns.)

The idea behind microdosing is to take regular “sub-perceptual” doses of hallucinogens (in the case of LSD, about 10 micrograms, roughly one-tenth of a standard recreational dose) once every four days. The levels ingested are intended to be too small to inspire Technicolor hallucinations, but large enough to enhance a sense of mental flow.

In an interview, Dr. Fadiman said that hundreds of microdosers who have sent him written accounts of their experiences while on his regimen — hardly an exhaustive medical study, to be sure — have reported decreased anxiety, depression, even migraines. Others said they have experienced improvements in creativity, diet, sleep and sex.

The risks, however, are clear, said Dr. Elias Dakwar, a psychiatrist at Columbia University Medical Center who researches mind-altering substances. LSD is sometimes adulterated or improperly synthesized, and may vary widely in potency, with someone intending to take a tiny, subperceptual dose at risk of having “a full-blown psychedelic effect when trying to do a PowerPoint presentation,” he said.

Potential benefits remain unclear, according to Dr. Dakwar. Despite promising research in the 1950s and 1960s on LSD at a psychedelic dose as a treatment for alcoholism and certain mood disorders, much of that research ground to a halt when the substance was criminalized in 1966.

“Microdosing hasn’t even reached that level of preliminary research,” Dr. Dakwar said. “Anecdotally, it seems that the effects are similar to that of stimulants, minus perhaps some of the anxiety or agitation. But we don’t know that from a rigorous medical standpoint. We also don’t know what sustained microdosing does to the brain over time.”

And, of course, its use could land users behind bars. LSD is designated a Schedule 1 drug by the federal controlled substances act of 1970, which means that it is illegal to manufacture, purchase, possess or distribute it without a license from the Drug Enforcement Administration.

That point was certainly not lost on Ms. Waldman, who, as a lawyer, defended many drug cases. “There’s no one as paranoid as a public defender,” she said.

Even so, she was intrigued to learn that psychedelics were starting to get a second look in clinical circles.

Researchers at institutions like New York University and Johns Hopkins have yielded promising results administering psilocybin to cancer patients to relieve anxiety, combat obsessive-compulsive disorder and even treat addiction to other drugs. This past November, the Food and Drug Administration approved large-scale trials for MDMA, better known as the party drug Ecstasy, for the treatment of post-traumatic stress disorder for war veterans.

Ms. Waldman was sold. The problem, however, was procuring the LSD. Initial, furtive inquiries among New Age friends in Berkeley proved fruitless.

Then, unexpectedly, a mysterious friend of a friend reached out — a man who said he was a professor who was nearing the end of his life and no longer had use for his remaining LSD. A short time later, a brown-paper package arrived from “Lewis Carroll.” It contained a tiny cobalt-blue bottle.

On the first day of what became a 30-day experiment, Ms. Waldman released two five-microgram drops of the liquid LSD under her tongue and, well, waited.

At first, nothing happened. Ninety minutes later, however, she peered up through a window. “I have a dogwood tree out my window,” she said, “and it was in bloom, and I thought, ‘Oh, that tree is beautiful.’” She added: “And I was like, ‘Ohhh. …’ Because I’m not a noticer like that. When I’m in my own head, I don’t stop and smell the roses.”

In Ms. Waldman’s experience, Day 2 of Dr. Fadiman’s four-day cycle was always the peak, the day when a deep sense of peace and purpose would settle over her. “Day 2 is just smooth and awesome,” she said. “I think the Dalai Lama is on a perpetual Day 2.”

Writer’s block, long a problem, seemed to vanish. “I found it much easier to get into that state of creative flow that is so elusive to the writer,” Ms. Waldman said. “It happens, how often, every year or two where you have one of those days where you look up and it’s 7 o’clock and you’ve been writing all day and it’s like magic? That happened to me a number of times during that month.”

In some ways, the effect was similar to Ritalin, the pharmaceutical stimulant, but without the downside. With Ritalin, “I did have that zoomed-in laser focus,” she said. “I got my work done but also had a blinding headache and was a raging bitch.”

“Microdosing,” she added, “allowed me to work intensely with an exhilarated focus, to make all these connections that I may not otherwise make, and have a blast doing it.”

The benefits to her relationships were even more pronounced. Acid, she said, basically saved her marriage.

“I would have blown up my marriage,” she said. “I had blown up my marriage. I would have left Michael to punish myself. And that’s so crazy. All he ever did was love me, and try, but when you love someone who is mentally ill, you’re just pouring water into a bucket with a hole in it. It can be exhausting. I think the microdosing actually sealed the hole. Now it’s a smaller hole, but we all have to keep on pouring water.”

Her husband, too, saw marked improvement.

“We’ve been married since 1993, and I’m extremely alert to shifts and changes in her mood,” Mr. Chabon said. “There can be certain key phrases or word patterns that will signal a shift, and I’ll think, ‘Uh-oh, here we go.’ It could be globalizing language, making global statements — ‘everything is terrible,’ or ‘this has always been a problem.’ Or words like ‘disaster’ or ‘catastrophe,’ for things that in my mind don’t rise to that level.”

With microdosing, however, “I could just see right away it was having this immediate, focusing sense of perspective,” Mr. Chabon said.

“If someone in a marriage is thinking better about themselves,” he said, “and is less prone to incredibly self-critical thinking, has more patience and is essentially more effective at being who they are, which is somebody you already love and think is wonderful, but they have this shadow over them that prevents them from being that person — if you find something that lifts that shadow, it’s going to be incredibly welcome.”

After a month, however, the bottle ran out. Terrified of being arrested, Ms. Waldman has not acquired or used the drug since, she said.

Occasionally she has found herself researching countries around the world that have more permissive drug laws, she said. “I mean, look, I’m happily married and not dead,” she said. “I’ve been prescribed so many medications over the years, and this worked better than any of them.”

As for negative reactions, the only one that comes to mind, she said, were the concerns of her youngest son, worried that “all the kids in my middle school are going to be saying, ‘Your mom’s on acid,’” Ms. Waldman said. “And then his older sister, who’s two years older, said: ‘No, this is a good thing. It might not be so great in eighth grade, but when you get to ninth grade, you’re going to be so cool.’”