As time has passed, the government has tried out different, more innovative strategies to find the art. But the results have been slow to come in, and the Marcos family is once again gaining political power.

“Even though it’s been 30 years, we are still facing challenges because of the Marcos family’s efforts to conceal and take hold of their ill-gotten wealth,” said Reynold S. Munsayac, the acting chairman of the Presidential Commission for Good Government, the government agency with the task of tracking down up to $10 billion in assets thought to have been stolen by Mr. Marcos, who died in 1989, and his associates.

“This is a nonstop effort,” Mr. Munsayac said. “We want to make sure that every centavo that can be recovered will go to the benefit of the state and the people.”

He spoke in a recent interview at the commission’s offices, a squat, nondescript building — ceded by one of Mr. Marcos’s former associates — off a busy thoroughfare here. Inside the entrance, several posters remind the 120 or so employees of their mission. One shows a photo of a dazzling diamond-and-white gold crown that once belonged to Ms. Marcos, along with the caption: “Can build 8 one-story classrooms in the Philippines.”

For much of the three decades since it was created, the commission has taken a traditional forensic approach to tracking down the Marcoses’ art collection: interviewing sources, working with international authorities and sifting through mountains of paperwork.

Using this strategy, the Philippine government achieved some early successes. In 1987 a collection of old masters, including works by Raphael, Titian and El Greco, was seized in France from Adnan M. Khashoggi, a wealthy Saudi arms dealer and Marcos associate. The paintings were then sold at a Christie’s auction in New York for $15.4 million, with part of the proceeds going to the commission.

According to officials, those funds and others recovered by the commission have been spent on programs to help farmers and on reparations for victims of human rights abuses during Mr. Marcos’s rule.

Then in 1998, with the help of the Art Loss Register, a private company based in London that tracks down looted art, the commission recovered a 1954 Picasso painting, “Head of a Woman,” after a California lawyer brought it to Christie’s on behalf of an anonymous client. The painting, which sold for $992,500 at a Christie’s auction in 1999, is thought to have been one of the works that disappeared from the East 66th Street townhouse. 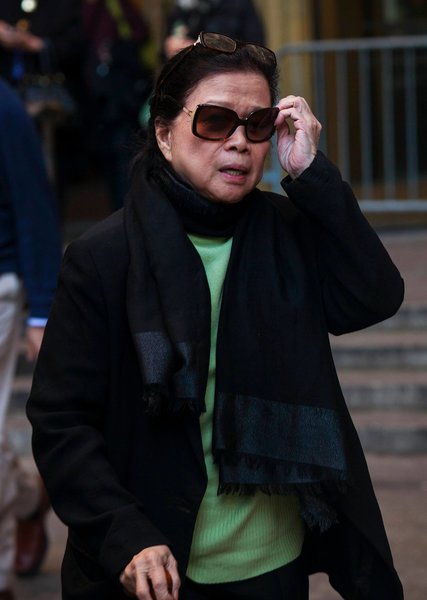 Vilma Bautista, Imelda Marcos’s personal secretary, was convicted on conspiracy and tax fraud charges in New York in 2013 for selling or trying to sell Impressionist masterpieces that had once hung on the walls of a townhouse used by Mrs. Marcos.

By the commission’s own count, it has recovered a total of 105 artworks, which have sold for more than $17 million on behalf of the government.

But over the years, as trails have grown cold, the commission has begun to experiment with new ways to find the art.

Altogether, the site lists more than 160 missing works, including paintings by Claude Monet and Camille Pissarro. (Doubts emerged soon after the Marcoses were ousted about the authenticity of some of the works bought by Mrs. Marcos.)

The site does not include paintings by important Filipino artists like Vicente Manansala, which have also not been recovered.

Also listed are about 18 paintings that have been located but not recovered. Many are enmeshed in litigation, including a multimillion-dollar cache of Impressionist masterpieces seized from Mrs. Marcos’s personal secretary, Vilma Bautista, who was convicted on conspiracy and tax fraud charges in New York in 2013 for selling or trying to sell the paintings.

The stash — which includes works like Alfred Sisley’s “Langland Bay” (1897) and Monet’s “L’Eglise et La Seine à Vetheuil” (1881) — is now in a New York storage facility, awaiting a court decision (no date has been set). The paintings could go to the Philippine government via the commission; to a class-action group of thousands of victims of human rights abuses suffered under Mr. Marcos’s rule; or to Ms. Bautista, who remains free on bail and contends that she legally came into possession of some of the paintings.

“We need all the help we can get,” Mr. Munsayac said about the new website. “These paintings could be anywhere. They could be in a museum or displayed in someone’s living room.”

But commission officials say the tips have been slow to come in since the site went up in January, with only a few users commenting and no concrete leads. Still, they are hopeful that it can educate younger Filipinos about what officials called the “excesses of the former regime.”

But even that may be an uphill battle. Five presidents have come and gone since Mr. Marcos fled to Hawaii with his family in 1986 following a peaceful popular uprising. The commission’s work has been made even more challenging as members of the Marcos family — who returned from exile in the early 1990s — have begun staging a political comeback. Imelda Marcos is now a member of the House of Representatives; her son, Ferdinand Marcos Jr., came close to winning the vice presidency earlier this year; and her daughter, Imee, is the governor of the northern province regarded as a Marcos stronghold.

The family’s increasing political capital has led some observers to raise doubts about the commission’s ability to work effectively. In 2013, Andres Bautista, then its chairman, even recommended scaling down the commission’s operations, telling Agence France-Presse that “it has become a law of diminishing returns at this point.”

But many still support the commission’s efforts.

That was evident last month, when Rodrigo Duterte, the Philippines’ current president, granted Mr. Marcos a hero’s burial despite vehement protests. The issue reignited decades-old feelings of anger and a renewed passion to hold the Marcos family to account.

“I had given up completely,” said Petty Benitez-Johannot, one of the original volunteers working for the commission in New York in 1986.

Late last month, Ms. Benitez-Johannot, now an art history lecturer at the University of the Philippines, joined thousands of other Filipinos in the streets of Manila dressed all in black to protest the burial.