Some of Mr. Ziegler’s subjects were recurring ones, like the Lone Ranger, hamburgers and comic-book characters.

Superman appeared more than a dozen times. Mr. Ziegler depicted him changing his clothes in a telephone booth while a cat (or is it Batman?) surreptitiously watched from a nearby window, going to therapy to face intimacy issues with Batman, and being forced to hand in his cape after testing positive for anabolic steroids.

Mr. Ziegler was not a big fan of the Man of Steel, he wrote in a New Yorker blog in 2013, but “he’s a guy in a cape and a body stocking and he can fly, which makes him amusing and fun to draw.”

Toasters popped up frequently in Mr. Ziegler’s world. One tells its rapt owner: “No, Tim, you’re not crazy, you’re special! You’re a very special person, Tim. You have a magical, talking toaster and that’s what makes you special.”

He developed some cartoons from an idle doodle, like the one of three menacing-looking pencil sharpeners that surround a sharp, stubby pencil.

“Had enough?” one sharpener asks.

John Denmore Ziegler Jr. was born in Brooklyn on July 13, 1942, and grew up in Forest Hills, Queens. His father sold pigment for a paint company, and his mother, the former Kathleen Clarke, was a homemaker.

As a boy John was enamored of EC Comics like Weird Science and Tales From the Crypt. He bought used comic books on jaunts to Times Square with a friend, the future National Lampoon writer Brian McConnachie, but didn’t tell his parents. 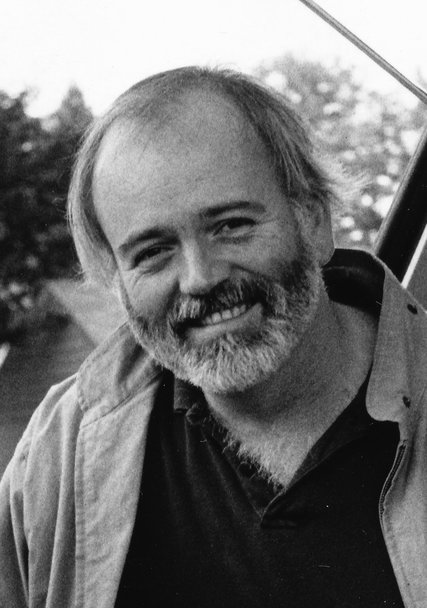 Jack Ziegler contributed more than 1,600 cartoons to The New Yorker beginning in the mid-1970s. His work, which featured talking toasters, the Lone Ranger, Sammy Davis Jr. and more, was defined by a satirical, silly, observational style. More of Mr. Ziegler’s cartoons are available at nytimes.com/obituaries.

“Then I’d have to sneak them into the house,” he told The Comics Journal in 2013. “I’d have a stack against my shirt.”

While studying at Fordham University, where he earned a bachelor’s degree in communication arts, he was a page at CBS’s Studio 50 in Manhattan and was in the theater when the Beatles first performed on “The Ed Sullivan Show” in 1964.

After graduation, he worked in the mailroom at D’Arcy Advertising and joined an Army reserve unit in Monterey, Calif., before finding a job at a CBS network transmission facility.

He began to sell cartoons to the Lampoon, The Saturday Evening Post, Writer’s Digest and men’s magazines. His first sale to The New Yorker was an idea that Charles Addams executed: Edgar Allan Poe contemplating which animal — a pig, a moose or a turtle — should say “Nevermore.”

Lee Lorenz, the magazine’s former art and cartoon editor, said in an interview that Mr. Ziegler, like Roz Chast, was someone he wanted to bring to the magazine. “They were special talents,” he said. “Each was bringing something new to the magazine. Jack had been influenced by comic strips, a lot of multipanel things, that wasn’t just a punch line but the telling of a funny story.”

Mr. Lorenz began buying cartoons from Mr. Ziegler in late 1973, but they did not start appearing until the following February because of a logjam caused by Carmine Peppe, the magazine’s top layout editor.

“Carmine thought that if they printed my stuff, it would be the end of the magazine,” Mr. Ziegler told The Comics Journal, “that it would just destroy the future of The New Yorker as we know it.”

Instead, Mr. Ziegler and Ms. Chast’s cartoons were widely credited with bringing new life to the magazine.

In an email, Ms. Chast said Mr. Ziegler was “someone with an original style, or as William Shawn would put it, his own comic voice.” Mr. Shawn was The New Yorker’s editor for 35 years, until 1987.

In addition to his daughter, Mr. Ziegler, who lived in Lawrence, Kan., is survived by his second wife, the former Kelli Gunter; two sons, Maxwell and Benjamin; four grandchildren; and a sister, Beth Meehan. His first marriage ended in divorce.

Mr. Ziegler was the sixth New Yorker cartoonist to have died in the last year, Mr. Mankoff wrote on the magazine’s website.

His passion for the Ziegler archive was evident in the interview as he joyously described more than a dozen cartoons, including one of a man with a steadily swelling pompadour that doubles as oceanic waves for a tiny surfer who falls off the hair at the end.

“This,” Mr. Mankoff said, “was an imagination off the leash.”