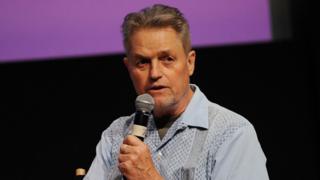 Demme was a master of many film genres

The film career of Jonathan Demme, who has died at the age of 73, spanned five decades and at least as many genres.

As adept at crafting concert films and documentaries as he was with thrillers, comedies and emotional family dramas, his list of credits shows him to be versatile as well as prolific.

Everyone will have their favourites. Personally I have a soft spot for Something Wild, a darkly comic romance from 1986 in which Jeff Daniels realises a date with Melanie Griffith comes with a psychotic ex attached.

But if you had to choose the five films that best illustrate his formidable range, you could do a lot worse than picking the following:

A footnote in the life of eccentric billionaire Howard Hughes formed the basis for this early success.

It riffs on the much-disputed relationship between Hughes and Melvin Dummar, a service station owner from Utah who claimed to be one of Hughes’s beneficiaries after his 1976 death.

It’s a quirky story that enabled Demme to muse on the pitfalls of instant celebrity and the way a sudden windfall makes everyone your friend.

Mary Steenburgen won an Oscar for playing Melvin’s first wife, while Bo Goldman was also rewarded by the Academy for his screenplay.

Few directors have captured the electricity and excitement of live performance better than Jonathan Demme.

For proof, one need look no further than this film of Talking Heads in concert, shot over three nights in 1983.

Featuring such hits as Psycho Killer, Burning Down the House and Once in a Lifetime, it’s a perfect marriage of music, cinema and humour.

The latter is provided by David Byrne’s suit, which gets progressively larger, and absurder, as the film goes on.

Another live performance we can enjoy again and again thanks to Demme comes in this vivid record of one of Spalding Gray’s acclaimed stage monologues.

Focusing on the sometime actor’s involvement in 1984 film The Killing Fields, it’s a piece that addresses, both comically and poetically, America’s own involvement in south-east Asian affairs.

Laurie Anderson’s score combines with Gray’s hypnotising skills as a storyteller to make a riveting hybrid.

Demme wasn’t the first film-maker to bring Hannibal Lecter to the screen. That honour belonged to Michael Mann and his 1986 thriller Manhunter.

Lambs, though, was the one the Academy recognised, awarding it all of the “big five” Oscars – best picture, actor, actress, director and screenplay.

The film – and Sir Anthony Hopkins’ Lecter – still have the power to chill the blood with its grisly autopsy scenes and Grand Guignol atmosphere.

What lingers most, though, is the psychological richness and complexity of a film that, uncommonly at the time, put a female heroine – Jodie Foster’s dogged Clarice Starling – at the forefront of the action.

Two years on from Lambs’ Oscar sweep, Tom Hanks won the first of his two back-to-back Oscars for his role as a lawyer with HIV fighting workplace discrimination.

The film did much to remove the stigma associated with Aids at the time, not least by earning more than $200m (£156m) at the worldwide box office.

“We were calculated about it. We set out to make a movie dealing with Aids discrimination, and there it is.”