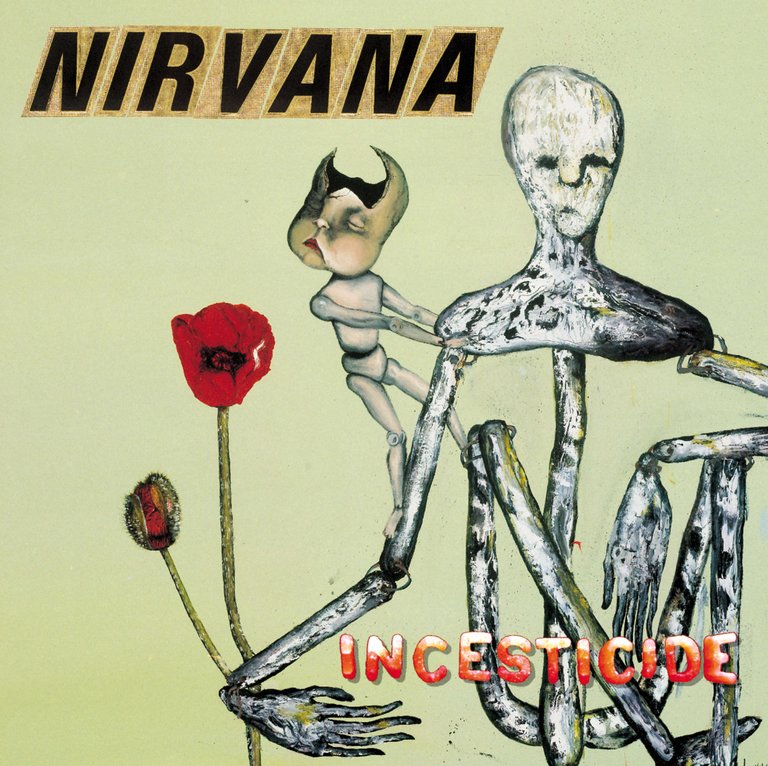 One of the Kurt Cobain paintings that will be displayed in Seattle; it was used for the cover of “Incesticide,” Nirvana’s 1992 collection of B-sides.

LOS ANGELES — The visual arts division of United Talent Agency opened a project space in Los Angeles last year, prompting questions about whether it was encroaching on art gallery business. Now, taking another step in that direction, United Talent Agency is participating in its first art fair — with a booth showcasing two never-before-exhibited paintings by Kurt Cobain at the Seattle Art Fair, from Aug. 3 through Aug. 6.

They call it a sort of homecoming, with Cobain’s artwork returning to the city he helped put on the map culturally. “He was born near there, he passed away there, and he created the soundtrack for a counterculture there,” said Joshua Roth, the director for United Talent Agency Fine Arts.

Having long represented Cobain’s widow, Courtney Love, United Talent Agency gained representation of the estate last year for what Mr. Roth describes as an “agencywide collaboration.” While one team at United Talent Agency is working to develop a feature-length motion picture about Kurt Cobain’s life, Mr. Roth is planning to “create a touring exhibition that really tells the story of who Kurt was through artworks, personal artifacts and memorabilia, sort of like what the Rolling Stones did in London.”

The Cobain grand tour is admittedly in its early stages. First up is the reveal of those two paintings by Cobain in Seattle, both showing distorted, Expressionistic figures that owe something to the Norwegian painter Edvard Munch. One — featuring a drooping, skeletal figure holding some springy poppy flowers that appear much more alive — was used for the cover of “Incesticide,” Nirvana’s 1992 B-side album.

These paintings will appear alongside work by Nate Lowman, Elizabeth Peyton, Raymond Pettibon and Mike Kelley, among others — not all the same generation but artists seen to share Cobain’s renegade sensibility in one way or another. (The booth does not include work by Frances Bean Cobain, who is currently showing her watercolors of fetal and feral figures in toxic greens, oranges and pinks at Gallery 30 South in Pasadena, Calif.)

Some of the booth’s works will be for sale, but Cobain’s paintings will not be, Mr. Roth said. “It’s too hard to put a price on them,” he added. “They’re very special to the family.”

Asked how many artworks remain in the estate, Mr. Roth said, “There are dozens: several paintings, many drawings, many sculptures.” That’s not counting the journals that Cobain packed with drawings, featured in the documentary “Montage of Heck.”