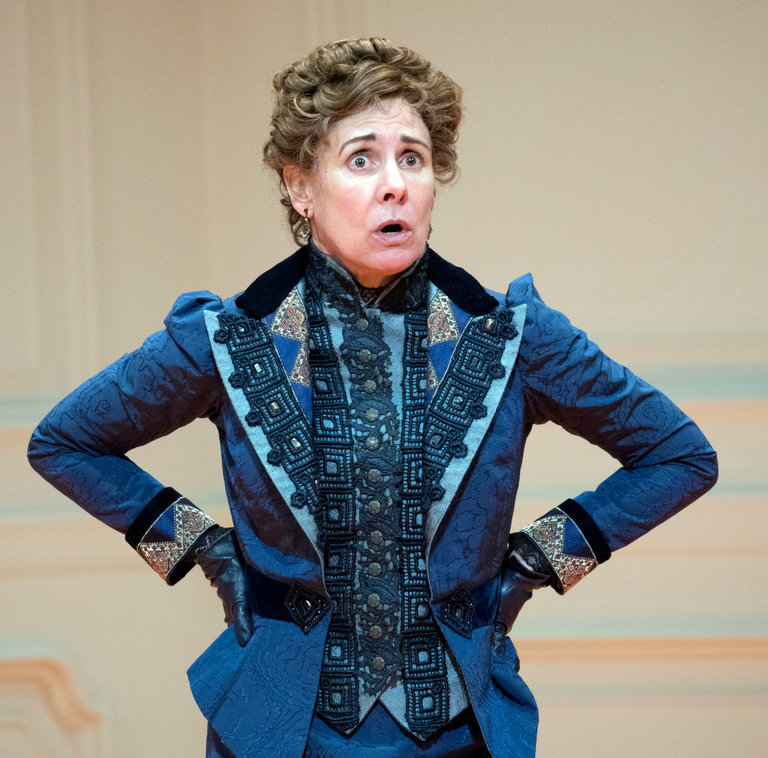 Laurie Metcalf in Lucas Hnath’s “A Doll’s House, Part 2.” She won a Tony Award for her performance in the play, which she will leave on July 23.

Laurie Metcalf, who won a Tony Award for her lead role in Lucas Hnath’s play “A Doll’s House, Part 2” on Broadway, will leave the show on July 23. Julie White, a Tony winner for “The Little Dog Laughed,” will take her place.

The production, which is directed by Sam Gold (“Fun Home”) and was nominated for eight Tonys, had been scheduled for a 16-week limited run that would close on July 23. It has since been extended through early 2018.

Also exiting the show are Chris Cooper and Condola Rashad; both received Tony nominations for their performances. Jayne Houdyshell (“The Humans”), who also got a Tony nod, will remain with the production.

Ms. White, who is stepping into the lead role of Nora Helmer, Henrik Ibsen’s famous heroine, earned her most recent Tony nomination for her performance as Tanya in “Airline Highway,” in 2015. Charles Isherwood, reviewing the play in The New York Times, called her performance “indelible.”

“Ms. White’s fearless, vanity-free performance shows both the character’s innate warmth and a sad awareness of the self-destructive impulses that have left Tanya without much hope of redemption,” he wrote.

Stephen McKinley Henderson, a Tony nominee for the 2010 revival of “Fences,” will replace Mr. Cooper in the role of Torvald, the husband Nora leaves at the end of “A Doll’s House.” And Erin Wilhelmi, who made her Broadway debut in 2016 in a revival of “The Crucible” directed by Ivo Van Hove, will play Emmy, Ms. Rashad’s character.