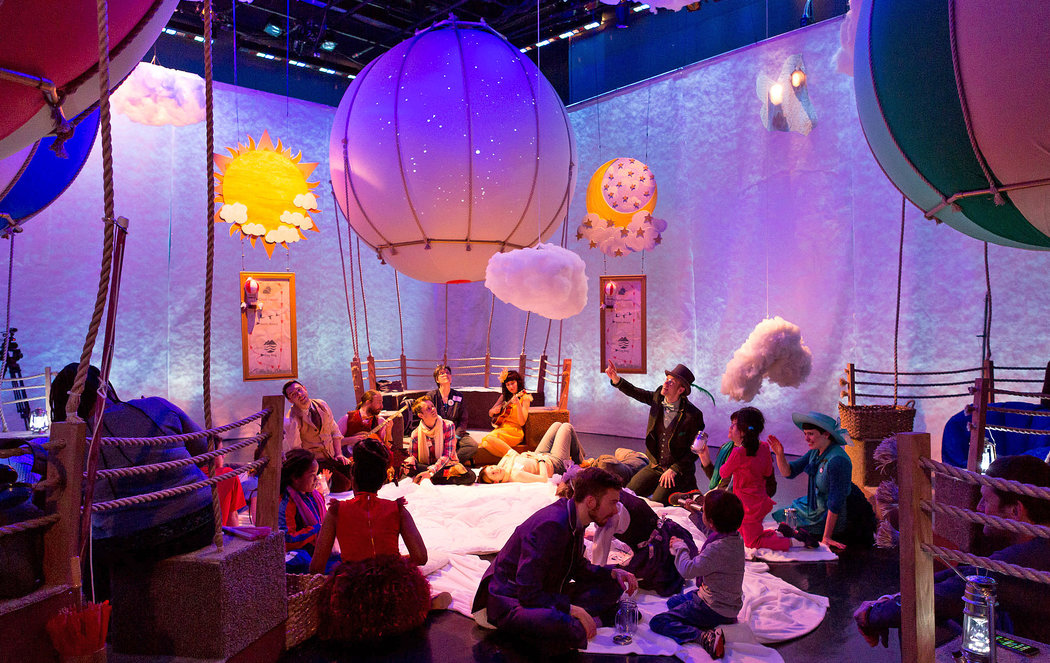 A scene from “Up and Away” at the Clark Studio Theater at Lincoln Center.

While many theater productions are driven by showy visuals, loud bangs and huge plot twists, Lincoln Center’s new Big Umbrella Festival is striving to deliver the exact opposite. The monthlong festival, coming in April 2018, is designed to cater to children on the autism spectrum. The festivals organizers hope to educate and inspire, and to make theater a safe space for those who may have previously found it less than inviting.

“We believe the arts can be transformational and that every child should have access to a quality arts education,” Russell Granet, executive vice president of Lincoln Center Education, said in a statement.

The festival will include the return of “Up and Away,” a production by the Trusty Sidekick Theater Company that had a sold-out run at Lincoln Center in 2015. Set in hot air balloons, the show allowed its young audience to both interact directly with the cast and step outside if they felt overwhelmed. In her review for The New York Times, Laura Collins-Hughes praised the show as “small-batch, immersive theater at its most thoughtful and deliberate.”

Other upcoming productions include “Light Show,” from the Britain-based theater group Oily Cart, and “Oddysea,” an underwater story from Australia’s Sensorium Theater. The festival will also hold a symposium with the aim of educating companies on how to better serve autistic people.

This month Lincoln Center has been hosting “Campfire,” another immersive work with specific performances aimed at children on the autism spectrum. This show and the coming festival hope to improve on New York theater’s recent rocky history with autistic audiences, including when a child was heckled at a Broadway show in 2015.

More information can be found at lincolncenter.org.