Home Gadgets Man to pay $300,000 in damages for hacking employer 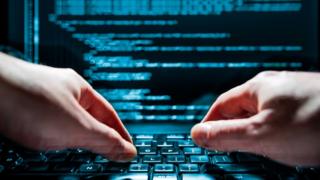 Yovan Garcia changed payroll records to inflate the number of hours he had worked.

A former private security officer in California must pay nearly $319,000 (£248,000) in damages for attacking his employer’s computer systems.

Yovan Garcia accessed payroll records at Security Specialists, which provides private security patrols, to inflate the number of hours he had worked.

He later hacked the firm’s servers to steal data and defaced its website.

In one example, they showed he had worked 12 hours per day over a two-week period and was owed 40 hours of overtime pay, when in fact he only worked eight hours per day.

According to the Central District Court of California, Mr Garcia had obtained login credentials – without ever having been given them – and accessed the records without authorisation.

Judge Fitzgerald said: “As a result, defendant Garcia was paid thousands of dollars more in overtime wages than he was really owed.“

This led to his sacking, but soon afterwards he hacked Security Specialists’ servers with “at least one other individual”.

Mr Garcia took emails and other confidential data to “lure away” Security Specialists’ clients to his new business, the judge said.

He also deleted or corrupted back-up files creating “debilitating” damage, according to the company.

A few days later, Security Specialists’ website was also vandalised, with the website’s header being changed to read “Are you ready”.

An “unflattering picture” of a senior member of staff was also published on the site, Judge Fitzgerald said.

He ordered Mr Garcia to pay $318,661.70 to cover costs to Security Specialists such as lost income and lost data.

Mr Garcia could also be liable to pay the firm’s legal costs at a later date, he said.