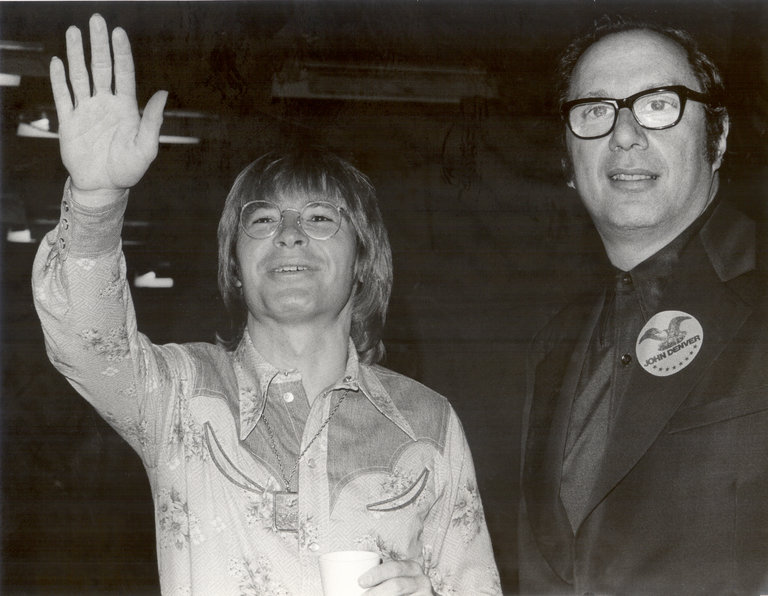 Milt Okun, a producer and arranger who helped turn acts as diverse as Peter, Paul and Mary, John Denver and Plácido Domingo into pop sensations, and who founded Cherry Lane Music Publishing, one of the world’s largest independent music publishers, died on Tuesday at his home in Beverly Hills, Calif. He was 92.

His death was confirmed by his son-in-law, Richard Sparks, with whom he wrote the memoir “Along the Cherry Lane: Tales From the Life of Music Industry Legend Milt Okun” (2011).

Trained as a classical pianist and raised around the music of folk singers like Woody Guthrie, Mr. Okun recorded his own versions of folk songs before he turned to developing the music of other artists.

He worked as a pianist, conductor and arranger for Harry Belafonte in the 1950s, then coached Peter, Paul and Mary before they released their debut album in 1962. He helped form the folk group the Chad Mitchell Trio and discovered Mr. Denver when he replaced Mr. Mitchell in 1965, after which the group became known as simply the Mitchell Trio.

In an interview with the website Artists House Music in 2011, Mr. Okun said that identifying hit songs came naturally to him. “Hearing a great song is its own definition,” he said. “You hear it and you know it.”

But his musical interests transcended pop.

“Popular music, where I made my living, was work,” he said in that interview, “but my heart was in classical music and opera.”

So Mr. Okun brought classical to pop. After doggedly pursuing Mr. Domingo for several years, Mr. Okun persuaded him to record the romantic pop album “Perhaps Love” with Mr. Denver. Released in 1981, it featured Mr. Domingo’s lustrous tenor in duet with Mr. Denver on a program of love songs. The album eventually went platinum and helped catapult Mr. Domingo to mainstream success as one of the Three Tenors, along with José Carreras and Luciano Pavarotti.

Mr. Okun founded Cherry Lane in Manhattan in 1960, naming it after a Greenwich Village theater. In addition to Mr. Denver, the company represented songwriters like Tom Paxton, John Legend, Will.i.am and Irving Burgie, a calypso singer known professionally as Lord Burgess, who wrote many of Mr. Belafonte’s hits.

Milton Theodore Okun was born in Brooklyn on Dec. 23, 1923, to William Okun and the former Leah Seligman. He grew up in Brooklyn and spent summers at a resort his parents ran on Schroon Lake in the Adirondacks, where singers like Pete Seeger and Mr. Guthrie performed.

Mr. Okun trained as a pianist as a child, then earned a bachelor’s degree in music education from New York University and a master’s in music from Oberlin College in Ohio. He worked as a junior high school music teacher for years, recorded several unsuccessful folk albums of his own and began working with Mr. Belafonte during a summer tour. When Mr. Belafonte asked if he wanted a more long-term engagement, Mr. Okun left teaching behind.

He also produced Laura Nyro’s first album, “More Than a New Discovery” (1966), and the Starland Vocal Band’s No. 1 hit, “Afternoon Delight” (1976), and conducted Rabbi Shlomo Carlebach, and the orchestra that accompanied him, on his album “Haneshama Lach” (1959).

He married Rosemary Primont 58 years ago. She survives him, as do a daughter, the photographerJennifer Okun Sparks; a son, Andrew; and three grandchildren.