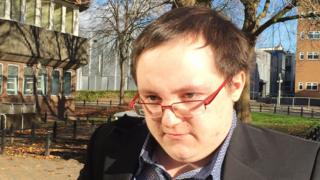 A man who groomed young boys through the online game Minecraft has been jailed for two years and eight months.

Merthyr Tydfil Crown Court heard he targeted two boys, aged 12 and 14, and asked them to send intimate photos of themselves.

Judge Richard Twomlow QC said: “This predatory behaviour is a worry and a concern to parents.”

Isaac admitted causing or inciting child prostitution or pornography, performing sexual acts in the presence of a child, encouraging a child to engage in a sexual activity and the possession of indecent photos of a child.

He committed sexual acts himself while on video calls with the boys and also possessed indecent images of an unidentified third boy.

In a statement to the court, the family of one of the victims said: “We never believed he could be manipulated in this way after we warned him about the dangers online.

“We are now so scared to allow him online. He has matured so quickly – we are fighting to stop him going down a destructive path and we are trying to get him back to being the child he was.”

A spokesman for children’s charity the NSPCC said it was “every parent’s nightmare”.

Minecraft, which has more than 100 million registered users, is a 3D game in which players build their own worlds using cubes, as well as exploring and gathering and crafting resources.

Prosecutor Rachel Knight said: “The defendant sent money to the boys on PayPal and used the game to groom them.

“The parents of the boys did not know what was happening. In the case of the 12 year old he was playing the game at night while his parents were asleep.”

The court heard the boy’s father found his chats on Skype involved an adult asking him about his sex life, so he contacted the police.

Judge Twomlow told Isaac he had gone on to “an innocent type of game, very far removed from the type of contact you engaged in.

“You knew you would find teenage boys. This was clearly a grooming process.”

Susan Ferrier, defending, said Isaac apologised to the boys and their parents.

“He was subjected to bullying from the age of 12 and is far more comfortable in the online world than the real world,” she added.

A father of one of the victims said before the case: “Nobody my son’s age would have stood a chance.”

He read 170 pages of chat between the two and described Isaac as “callous and cold”, adding: “The way he gained his trust, built the relationship, he was an expert.

“There is no way that any child, once drawn into that world, would ever have seen it coming.”

While he initially felt disbelief, the father now believes any amount of parental training could not have prevented it happening.

He said his son was totally unaware and is finding it hard to cope with the realisation that he was “calculatedly groomed”.

A spokeswoman for Microsoft said: “Helping promote a safe online experience has always been a priority for us, particularly when it comes to children.

“We also offer resources to help parents understand how to help keep their kids safe.”

Speaking after the sentence, Barnardo’s chief executive Javed Khan said the case “highlights the need for parents and children to understand the dangers of online gaming.

“Social media and online games like Minecraft are now central to our children’s lives but they provide a channel for abusers to easily reach and influence both boys and girls online,” he said.

“Recent research into children referred to five of Barnardo’s specialist services found that nearly two-thirds of children groomed online went on to meet their abuser.

“Parents need to understand the mobile technology their children are using and what they’re doing online so they can protect them. And children themselves need to be aware of danger and how to keep themselves safe.”

Lucy Dowdall, senior crown prosecutor for the Crown Prosecution Service Wales Rape and Serious Sexual Offences Unit, said: “This was a planned and calculated course of action on the part of Isaac and it is right that he has been made to face up to what he did in a criminal court.

“This case serves as another reminder to anyone who has caring responsibilities for children to be alert to online safety matters so that wherever possible, children are prevented from coming into harm’s way.

“Nevertheless we hope this case also sends a clear message that where offences have taken place, the criminal justice agencies will act to bring online offenders to justice.”