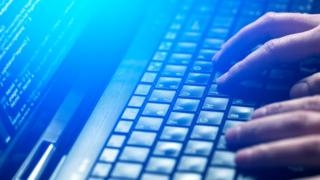 There were an estimated 3.6 million cases of fraud and two million computer misuse offences in a year, according to an official survey.

The Crime Survey for England and Wales included the offences for the first time in its annual report, which covered the year to September.

John Flatley, from the ONS, said: “In the past, burglary and theft of vehicles were the high-volume crimes driving trends but their numbers have fallen substantially since then.

“When the crime survey started [35 years ago], fraud was not considered a significant threat and the internet had yet to be invented.

“Today’s figures demonstrate how crime has changed, with fraud now the most commonly experienced offence.”

Sir Tom Winsor, the Chief Inspector of Constabulary for England and Wales, told the You and Yours programme on BBC Radio 4 that many frauds went undetected and a great deal never got reported to the police.

“The amount of fraud that is taking place now is probably in epidemic proportions,” he added. “The police are having to work very, very hard to keep up with even the ones they know about.

“The capability at police forces is quite skeletal and that needs to change and change a great deal.”

“The ability to commit crime online demonstrates the need for policing to adapt and transform to tackle these cyber challenges,” he said.

Cyber and fraud: What is being counted?

There are two broad categories of “computer misuse” crimes:

Des Dillon, who runs a student accommodation company, told BBC Radio 5 live he had become a victim of cybercrime after being tricked into giving away information that led to the loss of £230,000 from his company bank account.

“Over a couple of phone calls, he asked me for various [information], third number, fourth number and ninth letter, that type of thing, and obviously he put it together very quickly,” he said.

Katy Worobec, director of Financial Fraud Action UK, said banks had managed to stop £6 in every £10 targeted by criminals in the first half of 2016, but that people needed to be aware of the threat.

“While the industry invests in new systems to stop the criminals, fraudsters are increasingly targeting people directly,” she said.

“Customers and businesses need to be alert to the threats posed by the continued rise in impersonation scams attempting to trick them out of their personal details and money.”

All but one police force – Nottinghamshire – recorded an increase in violent crime last year.

The largest percentage increases were logged by Northumbria Police, up 95%, Durham Police (73%), West Yorkshire Police (48%) and Avon and Somerset Police (45%).

“Violence against a person” offences now include revenge pornography and internet trolling, which the ONS believes contributed towards the 22% rise from last year.

Police recorded 695 homicides in the 12 months to the end of September – 125 more than the previous year.

This included the 96 cases of manslaughter resulting from the 1989 Hillsborough disaster, because the inquest verdicts were returned during the last recording period. Excluding those deaths, there was still a 5% rise in homicides.

The figures for fraud and computer misuse show how behind the curve our statistics have fallen.

It is undeniable that the overall level of crime has been falling across the industrialised world for a quarter of a century, as report after report on our experiences show we are less and less likely to be victims.

However, while traditional crimes such as burglary and theft fall, criminal gangs look for new opportunities by exploiting gaps in online and banking security.

The brutal fact is that nobody knows how big the problem is. It is massively underreported and, outside of London, it is arguable that national policing hasn’t yet got the skills or the expert manpower it needs.

While there was a 23% increase in attempted murders, the ONS said this may have been “influenced” by improved crime recording.

Recorded offences involving a knife or sharp weapon hit their highest level for five years, up 11% up on the previous year to 30,838.

There was a 7% rise in gun crime, which BBC home affairs correspondent Danny Shaw said had been mainly driven by an increase in offences involving handguns and shotguns, but added that some of the increase might be accounted for by better firearm identification processes.

Policing minister Brandon Lewis said reforms of the police were “working” and the offences “traditionally” measured by the survey – before the inclusion of fraud and cybercrime – had fallen by 370,000.

Mr Lewis said the government was investing £1.9bn in cybersecurity over five years, adding that the survey helped inform efforts.

“Understanding more about these crimes will help us continue to protect those who are vulnerable,” he said.