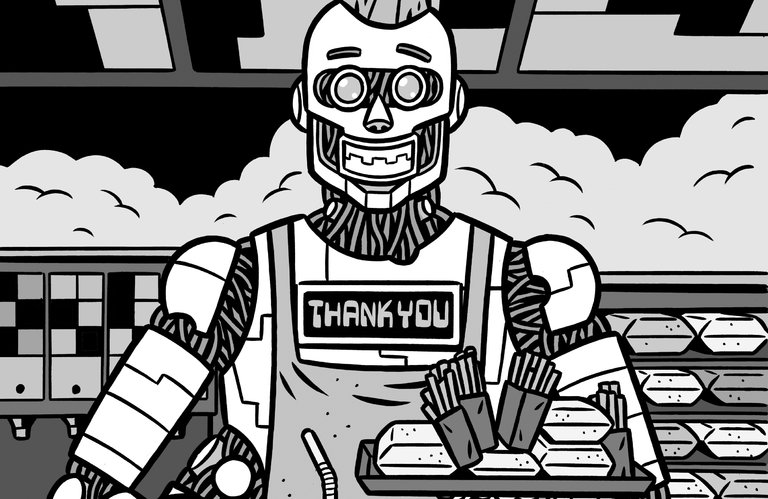 Automation fears have stirred many fanciful visions of the future. An expert panel calls for new tools of analysis to help workers adapt.

America needs new tools for the timely measurement and monitoring of technology, jobs and skills to cope with the advance of artificial intelligence and automation, an expert panel composed mainly of economists and computer scientists said in a new report.

The panel’s recommendations include the development of an A.I. index, analogous to the Consumer Price Index, to track the pace and spread of artificial intelligence technology. That technical assessment, they said, could then be combined with detailed data on skills and tasks involved in various occupations to guide education and job-training programs.

A public-private collaboration, they added, is necessary to create such tools because information from many sources will be the essential ingredient. Those information sources range from traditional government statistics to the vast pools of new data from online services like LinkedIn and Udacity that can be tapped to gain insights on skills, job openings and the effectiveness of training programs.

“We’re flying blind into this dramatic set of economic changes,” Erik Brynjolfsson, an economist at the Massachusetts Institute of Technology’s Sloan School of Management, said in an interview.

Mr. Brynjolfsson was a co-chairman of the 13-member panel that drafted the 184-page report, which was published on Thursday by the National Academies of Sciences, Engineering and Medicine, a nonprofit organization whose studies are intended as objective analysis to inform public policy. He and the panel’s other co-chairman, Tom Mitchell, a computer scientist at Carnegie Mellon University, also wrote a separate commentary in the journal Nature that was published on Thursday, explaining the problem.

Both the report and commentary were spurred by the advances in A.I. in recent years, including document-reading software and self-driving cars, which promise to make inroads into work done by humans. That prospect has created angst for many American workers about the difficulties of adapting to technological change and the failure of institutions to help them.

Yet technologists and academics still differ sharply on how fast the next wave of automation will proceed and how many occupations will be affected. That prompted the panelists to suggest the new data-monitoring tools and the pulling together of government and online data sources to sort through the consequences.

Those moves could eventually give a worker in a declining occupation useful information about a more promising occupation, with some similar skills but also requiring some new ones, Mr. Mitchell said. Then the software tool might also pull information on job placement rates for courses that teach those new skills.

That style of data-driven decision-making is a hallmark of internet companies like Amazon and Google, and it has been increasingly embraced across corporate America. “There’s no reason government can’t do that,” Mr. Brynjolfsson said.

In recent years, the federal government has made considerable progress in integrating its surveys of businesses and households with other data it collects, including information on foreign trade, payrolls and unemployment, said John Haltiwanger, a professor at the University of Maryland and former chief economist of the Census Bureau.

“But our surveys are not really designed to track technology or its impact,” said Professor Haltiwanger, who was a member of the expert panel. “The best shot at that is the private sector data.”

A broad national initiative, perhaps with the Bureau of Labor Statistics and the Bureau of Economic Analysis setting rules for private sector data sharing and privacy protections, might not be possible, Mr. Brynjolfsson conceded. But he and Mr. Mitchell wrote in Nature, “Perfection here is not a prerequisite for utility — anything is better than flying blind.”

One program that embodies the panel’s recommendations is Skillful, a collaboration of the Markle Foundation, LinkedIn, Arizona State University and edX, a nonprofit provider of online courses. The partners are working with employers, educators and local governments in Colorado and the Phoenix metropolitan area to link jobs, skills and training more tightly.

At the outset of the Depression in 1929, for example, there was no measure of national economic activity or reliable information on unemployment. In June 1930, based on scattered reports of improvement, President Herbert Hoover prematurely declared, “The Depression is over.”