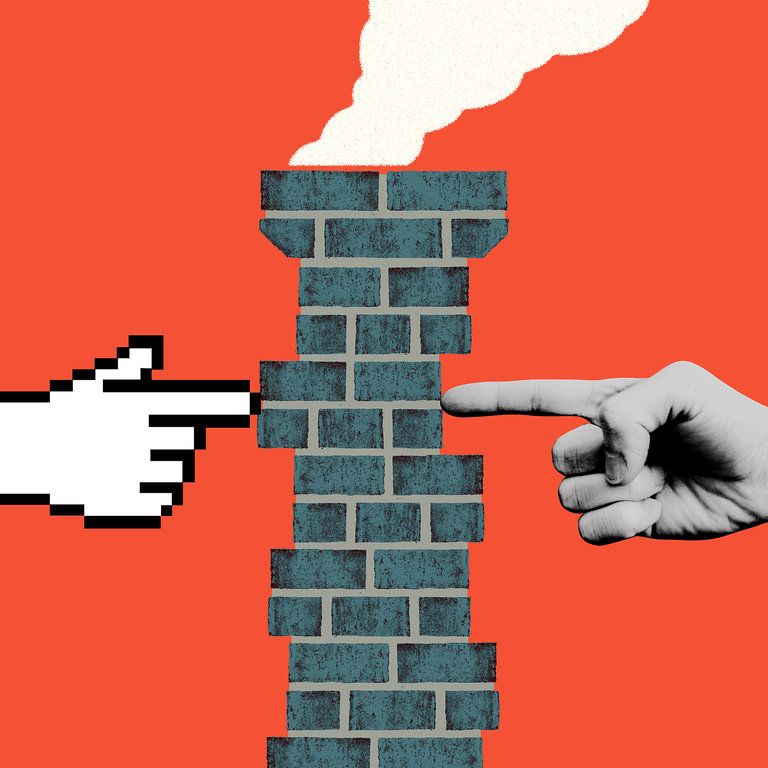 After the election of Donald J. Trump, technology companies like Facebook, Twitter and Google have been called to account for magnifying the anger and misinformation of the voters who helped propel him to the presidency.

Facebook and Google, for example, have both carried fake, frequently incendiary, articles that were highly shared by their users; Twitter has allowed those kinds of stories to proliferate as well, while also becoming a proxy battlefield where far-right hate groups organize and recruit, frequently targeting women and minorities on the site.

The leaders of these tech businesses say they are neutral platforms that shouldn’t try to police political debates. Facebook explains that it can’t be held accountable for the material shared on its site because it is not a news organization.

Nice try. These sites are not neutral platforms, but robust businesses that have financial incentives to share fake news and encourage their users to stew in their own hateful juices; the more they stew, the more time they spend on the site. In the case of a fake news story that claimed that Mr. Trump won the popular vote, Google made money because it arrived as an advertisement keyed to searches about the election results.

That wasn’t the only role that Silicon Valley played in this election. Tech companies didn’t face the same degree of populist assault as the banks, but they came to embody as much as Wall Street the harsh, unequal American economy that didn’t care a lick for the people left behind.

There is an enormous disconnect between Silicon Valley and the people it serves. Mr. Trump himself saw the disconnect and exploited it. By attacking companies like Amazon (for tax avoidance) and Apple (for outsourcing labor on its products), Mr. Trump was able to signal his opposition to the technological elites just as he went after Hillary Clinton’s highly paid speeches to Goldman Sachs.

More than that, Mr. Trump campaigned on restoring jobs and manufacturing, which Silicon Valley derides as the old economy. Technology companies believe in the idea of “disruption,” their great promise to the world. Internet-driven efficiency replaces the “friction” holding us back — bureaucrats, unions, brick and mortar stores, cumbersome factories along with libraries, the post office, taxis and hotels. They see America as a reclamation project led by a passel of supersmart Silicon Valley entrepreneurs.

The American auto industry is their ultimate example of failed thinking and undisrupted inertia. Marc Andreessen, the Silicon Valley investor, said on Twitter that “Detroit is what happens when you have 30 years of stultification and rigidity. That is what is to be avoided.”

Here is the explanation from Reid Hoffman, LinkedIn’s founder and a Clinton supporter, for Detroit’s failures: “The overriding problem was this: The auto industry got too comfortable,” he wrote in his book, “The Start-Up of You” (the title alone speaks volumes). “The moment you begin to take success for granted is the moment a competitor lunges for your jugular.” He also attacked any notion of continuity: “Instead of rewarding the best people in the organization and firing the worst, they promoted on the basis of longevity and nepotism.”

Mr. Hoffman goes further, arguing that it’s not only companies that must harness new technologies to thrive in a dog-eat-dog world. People must harness them, as well.

“The conditions in which entrepreneurs start and grow companies are the conditions we all now live in when fashioning a career,” he wrote. “You never know what’s going to happen next. Information is limited. Resources are tight. Competition is fierce. The world is changing. And the amount of time you spend at any one job is shrinking. This means you need to be adapting all the time. And if you fail to adapt, no one — not your employer, not the government — is going to catch you when you fall.”

It’s an exhausting, Darwinian life he is describing — endlessly adapting to a changing, pitiless world. And it’s precisely the opposite kind of life that Mr. Trump was espousing. His voters wish to return to the inefficient, enthusiastically nepotistic (you might call it family-based) factory life of the 1950s and ’60s — when America was great. Mr. Trump promised to bring his supporters’ jobs back; the only thing he wanted to disrupt is the global economy.

It’s unclear how Mr. Trump plans to deliver this nostalgic fantasy. But at least he wasn’t publicly scoffing at the dream or commending a life as the hardest working Uber driver.

There is one final irony. Tech companies see the benefits of disruption as knocking down traditional barriers and conventions that hold back individuals. In the election, the biggest beneficiary of disruption was Mr. Trump, who defied all rules around decency, responsibility, truthfulness, consistency and even social custom, like releasing tax returns. And when he wanted to express his outrage, attack a woman for being fat or his opponent for being “crooked” and the system “rigged,” he went on Twitter.

Turns out that social and cultural institutions can act as buffers in society, so that political transitions can be made peacefully, that standards of truth can prevail and that women and minorities won’t be targeted by hateful discourse. But civility and empathy can be disrupted, too.

By fostering rampant individualism and a disregard for traditional institutions, the tech companies are now under threat from a candidate they helped create. It’s no coincidence that tech stocks are down since the election, even as the broader market rallied. Mr. Trump’s nationalism also threatens the global consensus that is so important to the expansion of the tech giants. Yesterday, Russian authorities blocked LinkedIn over a data storage law.