Home Lifestyle Art Producers of ‘Natasha, Pierre & the Great Comet of 1812’ Offer to... 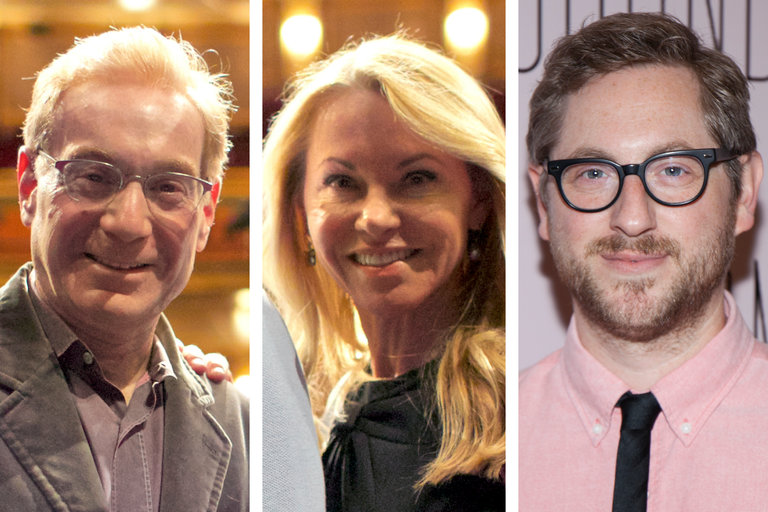 From left, the producers Howard Kagan and Janet Kagan, and the artistic director of Ars Nova, Jason Eagan.

Seeking to end an acrimonious dispute that has cast a shadow over one of this fall’s most promising new Broadway musicals, the producers of “Natasha, Pierre & the Great Comet of 1812” offered on Monday to settle litigation with the nonprofit that commissioned the show.

The three lead producers of the musical, Howard and Janet Kagan and Paula Marie Black, said in a joint statement that they would agree to describe the nonprofit, Ars Nova, as it wished in the show’s program, if the nonprofit would drop two legal claims that it filed late last week.

The dispute has fascinated Broadway, a largely for-profit industry that has become heavily dependent on nonprofit theaters to nurture the most artistically ambitious shows. Billing disputes are not uncommon on Broadway, where producers and artists often jockey for position in Playbills, but disputes that lead to public battles and litigation are extremely rare.

Ars Nova, which not only commissioned the show but also presented its first production, has been seeking to have the program include the words “the Ars Nova Production of” before the show’s title. The nonprofit says such language was agreed upon in a contract signed by Mr. Kagan, who discovered the show while he was a board member of Ars Nova.

But the show, now starring the pop singer Josh Groban, is in previews on Broadway, and the program does not include those words.

After several weeks of failed negotiations to reach a compromise, Ars Nova said last week that it was seeking arbitration with the producers over their alleged breach of contract, and was suing Mr. Kagan for allegedly breaching his fiduciary duty to the Ars Nova board.

Mr. Kagan, who had previously declined to explain his thinking, issued a statement with his fellow producers on Monday saying that he would concede the language in exchange for ending the battle. The statement made clear that the producers believed they had legal grounds for the billing language they chose (Ars Nova right above the title, but without the ‘production of’ language) based on more recent legal agreements concerning the show and changes to the show as it has developed.

“We sincerely want to end this disagreement so that the incredible artistry at the core of this production can, once again, be our primary focus,” the statement said.

In an interview on Monday night, Renee Blinkwolt, the managing director of Ars Nova, said that the theater had called a board meeting for Tuesday morning to consider the offer. She said the settlement offer had come in a formal legal document that would have to be reviewed.

“The board has to consider and vote on any response, but I remain hopeful that we can resolve this,” Ms. Blinkwolt said. “This has always only been about credit for Ars Nova, so if we are able to get our contractual billing, I would say that’s positive — we would love to be able to accept that.”