A Medicare buy-in could well work, but it wouldn’t easily coexist in post-Obamacare times the way it might have in the 1990s.

“It is an approach that is somewhat inconsistent with the Affordable Care Act,” said Caroline Pearson, a senior vice president at the health care consulting firm Avalere Health, who recently published an initial analysis of the idea. That analysis found that the program could be an option for as many as 13 million Americans.

The Clinton suggestion was raised in response to a voter question, and the campaign hasn’t released any sort of formal plan. As a result, it’s hard to know how Medicare for more might actually work. Here are some important questions that would have to be resolved.

Medicare is an incredibly popular program, providing health insurance for nearly all Americans 65 and older. But it actually wouldn’t count as health insurance under the Affordable Care Act, because it has too many holes. Patients can be asked to pay basically unlimited out-of-pocket costs — Medicare asks them to pay a daily fee when they are in the hospital for a long time and 20 percent of the cost of doctors’ visits. For people who are very sick, those costs can add up to tens of thousands of dollars.

For Americans under 65, insurance has to cover all catastrophic costs. No insurance plan sold in an Obamacare marketplace can ask its customers to pay more than $6,850 a year out of pocket for covered medical services. 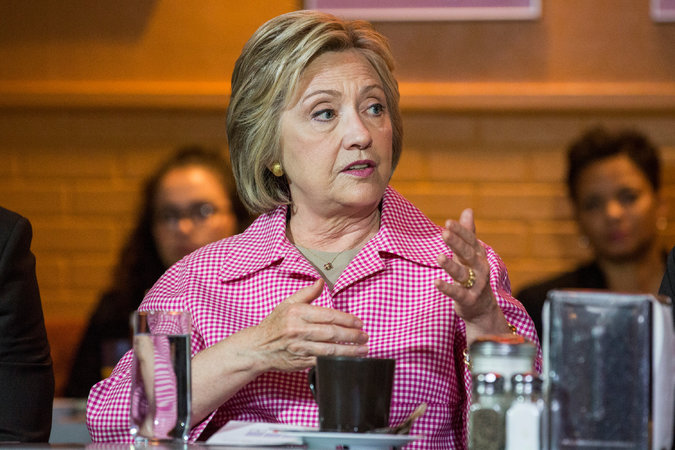 A Medicare buy-in could provide an exception to the regular rules, and allow Medicare to include its usual gaps in coverage. But that would undermine the idea of the Obamacare marketplaces, where insurance plans are expected to compete on equal footing. A Medicare buy-in might include additional financial protections not offered to older Americans, but that would mean younger people would get a better version of Medicare than older ones.

The one big advantage Medicare has over commercial insurance, however, is its broad network of doctors and hospitals. Most Obamacare plans limit their customers’ choice of medical providers. But every hospital and most doctors accept Medicare. That means that patients would have more choices with Medicare, even if they might incur higher costs if they need a lot of treatment.

When Obamacare was being debated in Congress, many Democrats believed that new insurance markets should include a “public option,” a government insurance plan that would compete alongside private offerings. The proposal ended up being cut from the final legislation, but advocates thought the plan would help increase insurance choices for consumers and would help put downward pressure on prices for private companies, since the government plan would lack a profit motive.

Advocates continue to make these arguments. Mrs. Clinton raised the Medicare for more idea when she was asked about strategies to drive down the cost of insurance for small business. The implication was that a public option might be more affordable than the current private options.

It’s really hard to know just what Medicare for more might cost compared with the private plans now on the market. (A lot depends on technical questions about how the prices would be calculated.) But the evidence from the current Obamacare market is that most private insurers are already feeling substantial pressure to keep prices low.

Obamacare customers seem to be choosing the cheapest available plan each year, and a large number have been willing to switch plans each year to get a better deal, so plans need to be competitively priced to get customers. Many insurers appear to have priced their products so competitively that they lost money on them in the marketplaces’ first few years. Several have gone out of business or are bowing out of the markets because of losses. If the Medicare for more plan cost more than a typical marketplace plan, it probably wouldn’t impose much new pricing discipline. If it cost less, it might drive more insurers out of the markets.

Could Medicare for more wreck the Obamacare marketplaces?

This leads to another possible problem with Medicare for more: If successful, it will pull people out of the Obamacare markets. When the health law passed, everyone expected that some employers would stop offering health coverage and the new markets would be large. That hasn’t happened, and, in some states, enrollment in Obamacare plans is substantially smaller than forecast. The smallness of the markets is one reason that insurers say the markets aren’t a great bet for them. It takes a certain amount of volume for it to be worth investing in this new population.

But, essentially, every person who buys Medicare will be one fewer person in the Obamacare markets, so new enrollees would have to make up that difference. Medicare for more would draw out only older Americans — Mrs. Clinton suggested that only people starting at age 50 or 55 would be eligible. But it could still make the remaining pool of people small enough that insurers simply leave the market. That could have the perverse effect of reducing choices and raising premiums.

In the 1990s, a Medicare for more plan would have been nearly as simple as it sounded. In a world with the Affordable Care Act, expanding Medicare would require careful policy design to avoid being counterproductive.