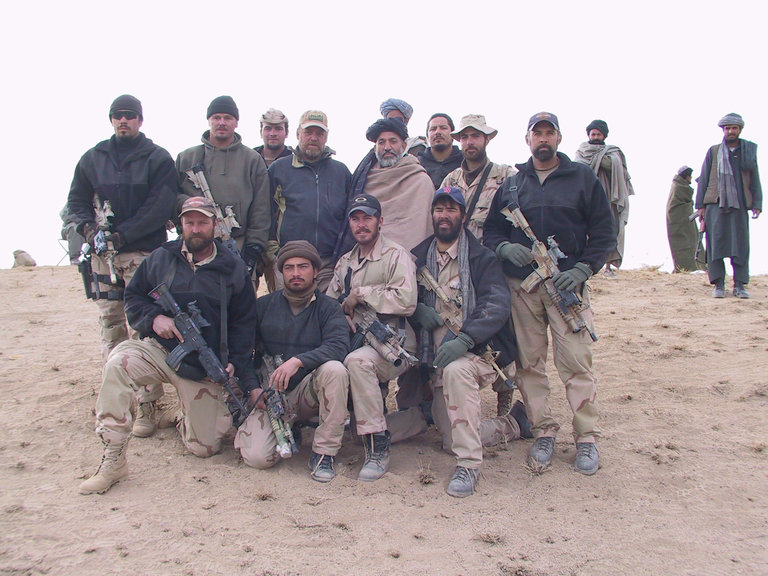 An American Special Forces team in Afghanistan in 2001, with Hamid Karzai, center, the country’s future president, as seen in “Legion of Brothers.”

You’ll have to wade through several topics to get to the heart of “Legion of Brothers,” but once you’re there, some intense stories make the effort worthwhile.

This documentary, directed by Greg Barker, recounts secret missions by Special Forces who were sent to Afghanistan immediately after the Sept. 11 terrorist attacks. Within weeks, small teams of these soldiers formed coalitions with the Afghan Northern Alliance, waged war on enemies and, at the time, drove the Taliban from power.

In interviews, Green Berets describe ferocious events, like the annihilation of a Taliban convoy, and sorrowful moments, like battlefield errors that led to the friendly-fire deaths of several Americans.

Other scenes touch on post-traumatic stress, combat tactics, civilian readjustment and more. It’s a lot to cover in under 80 minutes, and Mr. Barker sometimes spreads himself too thin — clarifying details are frequently left unsupplied. A tighter focus, like those employed by the documentaries “Citizen Soldier,” which followed deployed National Guard members, or “Thank You for Your Service,” which looked at suicides among military veterans, could have fostered a clearer narrative.

To his credit, Mr. Barker doesn’t disregard the frustration and confusion that go hand-in-hand with bravery and dedication. One officer, recalling his decision to approve airstrikes that killed scores of Taliban fighters, is confident that his decision saved his own men. Yet he remains stunned by the immense power and complexities of modern warfare. “I felt like I should have been looking the enemy in the eye before I killed them,” he says.